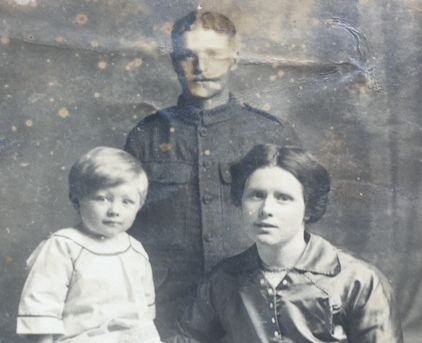 Herbert and Jessie Burrell with their son Eric

On the day of the 1911 census the two daughters Jessie and Elsie May, were visiting Herbert Walter Burrell at the house he lodged at, 43 Shoebury Road, East Ham. Jessie and Herbert were to marry in 1912 at the church of St Andrew the Less, Cambridge.

Herbert Burrell enlisted in the King’s Rifle Corps. He was killed in action at the Battle of the Somme on 23rd July. His body was never found but a packet of family photos was recovered from the body of a German soldier. 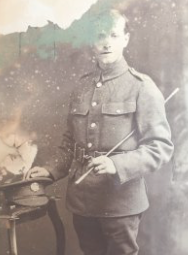