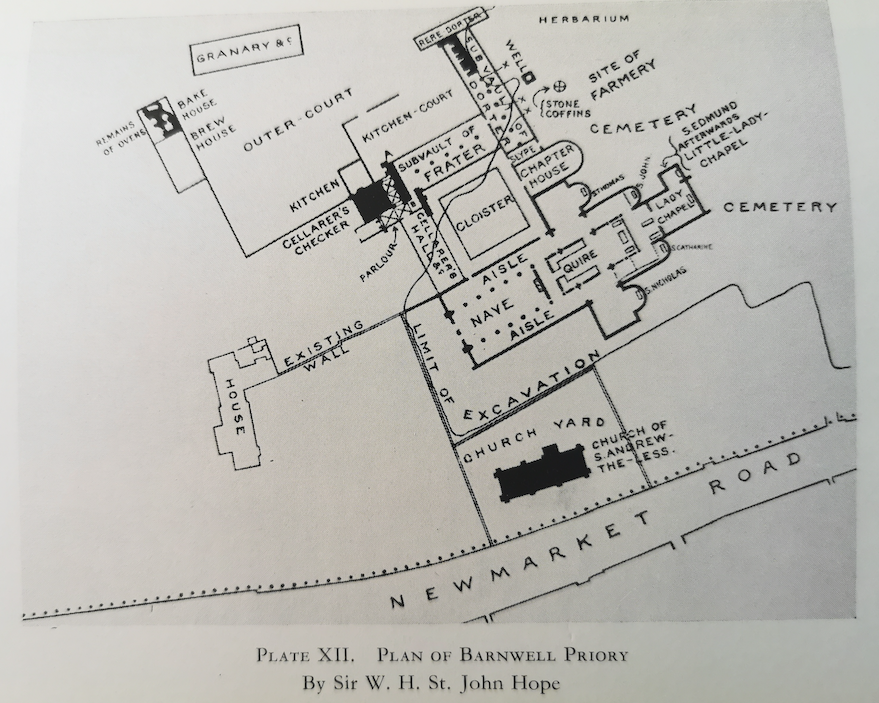 History of St Andrew the Less

This is a 13th century building, once part of the Barnwell Augustinian Priory complex. The Priory church would have covered the plots of the houses on the south side of Beche Road; the other priory buildings would have stretched along the line of Priory Road.

Further information can be found on the English Heritage website:

See also ‘The Inheritors of Barnwell Priory’ by P V Danckwerts in Proceedings of the Cambridge Antiquarian Society Volume LXX 1980.

According to A Taylor, (Cambridge – The Hidden History), it was the first and largest religious house in Cambridge but never became involved in university life. It was one of the earliest Augustinian Houses and was intended to support six priests to serve neighbouring churches. The first foundation had been by sheriff Picot in 1092 near to the castle, probably next to St Giles’ church. This benefaction was allegedly in return for the recovery of his wife from illness.

Picot was involved in a plot against Henry I and he forfeit his estates. These were given to Pain Peverel, a Norman knight who had been on Crusade and had brought back sacred relics from Antioch. got permission from the king to refound the priory on more spacious grounds within the royal manor of Chesterton.

The new site had a holy well with pre-Christian origins that had been used for semi-pagan festivities in Saxon times. A hermit had also lived there in ‘a tiny wooden oratory.’ In due course the priory was granted the manor of Chesterton by King John, for a price. A new church was dedicated in 1170.

In there were 17 monks at the priory. When royalty visited Cambridge they generally chose to stay at the priory. A boys school was set up there supported by charity; five poor men were also supported and scraps used to feed three other poor people every day, plus general gifts of peas and beans to the townspeople in Lent.

Florence Ada Keynes records the following visits to the Priory:

1293 Edward I stayed in the castle and his chancellor at the priory. The Chancellor had charge of the King’s treasure chest of £1,000.

1388 Richard II stayed an summoned parliament, ‘The Cambridge Parliament,’ to meet him there

1534: Prior Nicholas Smith resigned and was awarded a pension of £20. John Badcock was appointed Prior to oversee the Dissolution.

When the house was dissolved in 1538 it was too far out of the city to be considered being reestablished as a college and the estate was no longer a going concern.

1550: Sir Anthony Browne was granted the priory and its lands.

1551: John Badcock, the last prior, had taken over the lease  but died in this year.

1553: Control of the lands passed through various hands until Lord Clinton and Saye sold them in this year for 800 marks to Thomas Wendy of Haslingfield.

In 1578 when the Chapel of Corpus Christi College was being built, it is recorded that 182 loads of stone were removed from the dismantled monastery to the college. 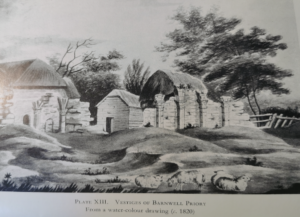 Vestiges of Barnwell Priory circa 1820 from a water-colour

Thomas Panton, Chief Groom, or Equerry, to George II, and master of the King’s “running horses” bought c. 1769 land all round Fen Ditton – he lived in Ditton Hall. His purchases included Sturbridge Fair Ground, the Leper Chapel, the Barnwell Priory site and probably other land.

The priory and other land nearby was acquired by Rev. Dr James Geldart. He described himself as ‘Lord of the Manor’ at Barnwell but it does not seem that there was ever a manor in a legal sense. he leased the Abbey House to George Pryme who became the first professor of Political Economy in the University. he lived in the house until 1847. From this year the house seems to have been divided into three tenements. Cambridge street directories suggest that one middle-class family occupied the ‘grand’ 16th cent. rooms and two artisan families the rest.

The Barnwell property changed hands several times. The Abbey House found tenants, the rest was neglected. In 1879 the estate was bought by Joseph Sturton who made roads and sold most of the land in small plots. Enough land was enclosed to for a garden for the Abbey House.

However, his son, Arthur Askham, moved into the house about 1922, and lived mainly in the part known as No.2. He owned the Hippodrome in Auckland Road. He sold the house in 1945 for £3,675 to Lord Fairhaven of Anglesey Abbey.

Lord Fairhaven made over the Abbey House in 1946 to the people of Cambridge in the form of the Folk Museum. The Museum never moved into the house however and remained as three residences until 1964  when Professor Danckwerts moved in with his family to nos 1 & 2. In 1973 the Folk Museum presented the freehold of the house to the City Council and in 1977 the Danckwerts lease was extended to include the whole house. 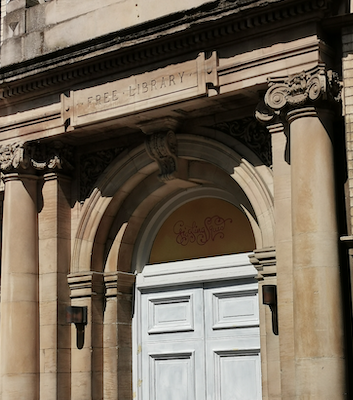