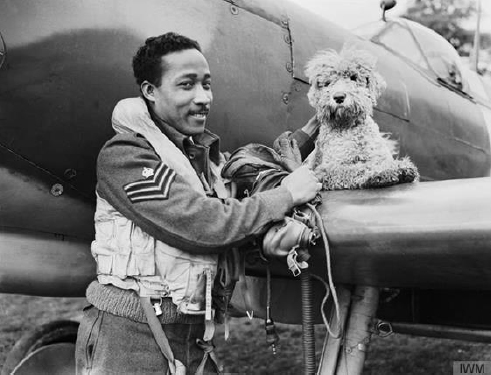 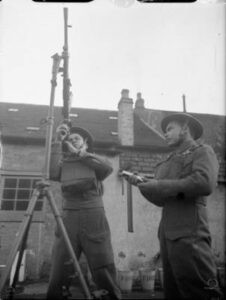 Two members of the Royal Engineers, Sapper Sinclair (left) and Sapper Dunn, both from Jamaica, pictured with a Bren gun, at Clitheroe, Lancashire. 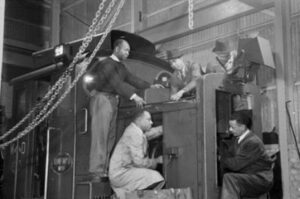 A group of West Indian technicians seen working on the engine of a tank in a transport repair shop.
They are, from left to right, Tom Martin from Portland, Jamaica, Fred Thomas, Ben Anderson and Arthur Jones, all from Kingston, Jamaica and Tom Prescodd from Trinidad. 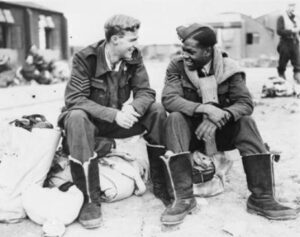 Two bomber aircrew, Sergeant J Dickinson from Canada and Sergeant F Gilkes from Trinidad wait to board their aircraft for a raid on 30 July 1943. 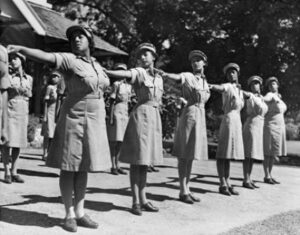 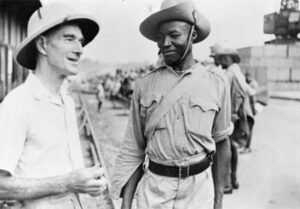 Men of the African Auxiliary Pioneer Corps arriving home on leave after service in the Middle East were met by six chiefs from Kenya, Uganda and Tanganyika. Picture shows:- Mr A J Cox, Resident of Buganda, hearing from Goswa Kasaja of Bugwere Eastern Province, Uganda, one of the Pioneers – how Allied pilots shot down enemy planes. C. 6 APRIL 1943 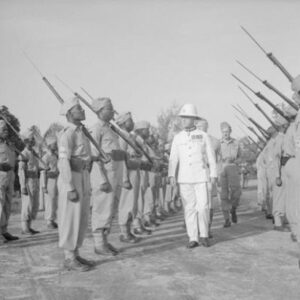 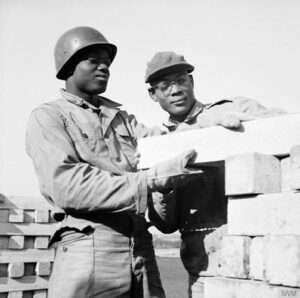 GIs in Britain: Two soldiers working on the railways.