All Saints By The Castle

History of All Saints By The Castle

It seems probable that there was a church on Castle Hill well before the Norman Conquest. Gravestones, the artistic style of which indicates a date between 975 and 1050, were found within the castle enclosure early in the 19th century. The church to which the graveyard belonged may have been destroyed when the castle was built or may have survived as the castle chapel.

All Saints by the Castle is no longer traceable, its site, on the western side of the Huntingdon Road where it entered the castle enclosure, being occupied by a walled nursery garden. Its advowson was granted to Barnwell in 1219 by the Blancgernon family, most of whose land lay in the parish. It was valued at £3 6s. 8d. in 1217, 1254, and 1278; and at £4 13s. 4d. in 1291. Between 1257 and 1264 it was appropriated to Barnwell by Bishop Hugh of Balsham (fn. 4) but the depopulation after the Black Death was such that in 1365 Bishop Langham of Ely united the parish with that of St. Giles, and the church fell into ruins, which are indicated on the map of 1634.

There is an inventory of the church goods for 1278.

All Saints, like St. Clement and St. Giles, served not infrequently as a sanctuary for prisoners escaped from the castle gaol. In 1286 seven such fugitives took refuge there. 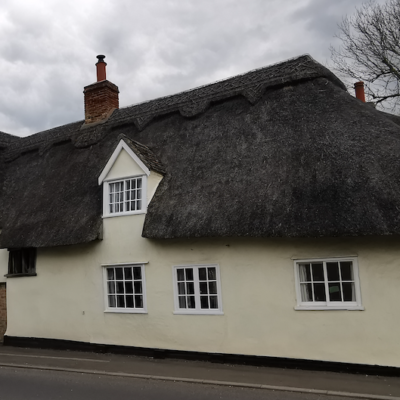