1959 Royal Commission on Historical Monuments of Cambridge: Park Street, known until c 1830 as Garlic Fair Lane, contains houses predominantly of the first half of the 19th cent.; only two are exceptional in any way …. the whole area appears undeveloped in William Custance‘s Survey of 1798.

Garlic Fair, held in mid August, (the Christian festival of the Assumption or pagan Lammas) stayed a low key event, but it was long-lived and must have had more economic and social significance that we can find in the records. It was granted to the nuns of St Radegund’s in the mid twelfth century, and was held within the extensive grounds of the nunnery, first on a site next to Jesus Lane where it was entered by a gate through a ‘mud wall’. The master’s garden was later extended over this area and the fair moved to the junction of Park Street.

A B Gray in Cambridge Revisited (1921) notes: Until comparatively recent times, Park Street was known as Garlic Fair Lane, for here as late as 1808, was held the fair granted to the nuns of St Radegund in 1438. The remarkable name of this fair has never been satisfactorily explained. It was also called the Nuns’ Fair, and originally was held in the Nuns’ Close, the site of the fair-yard being approximately opposite to Manor Street.

Enid Porter writes about the Garlic Fair in Cambridgeshire Customs and Folklore p130f. 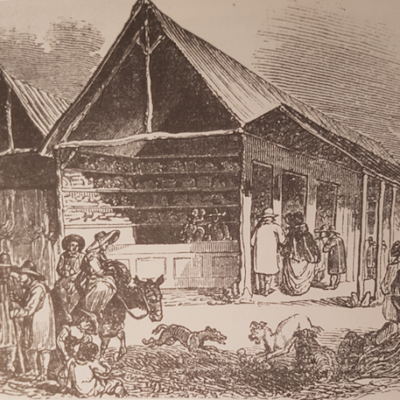 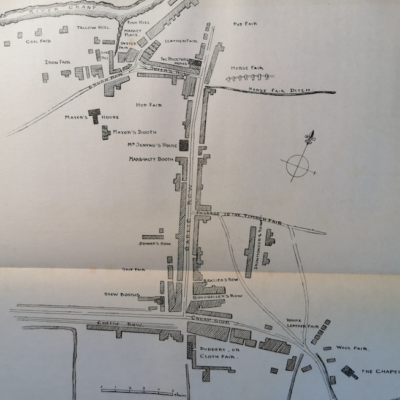