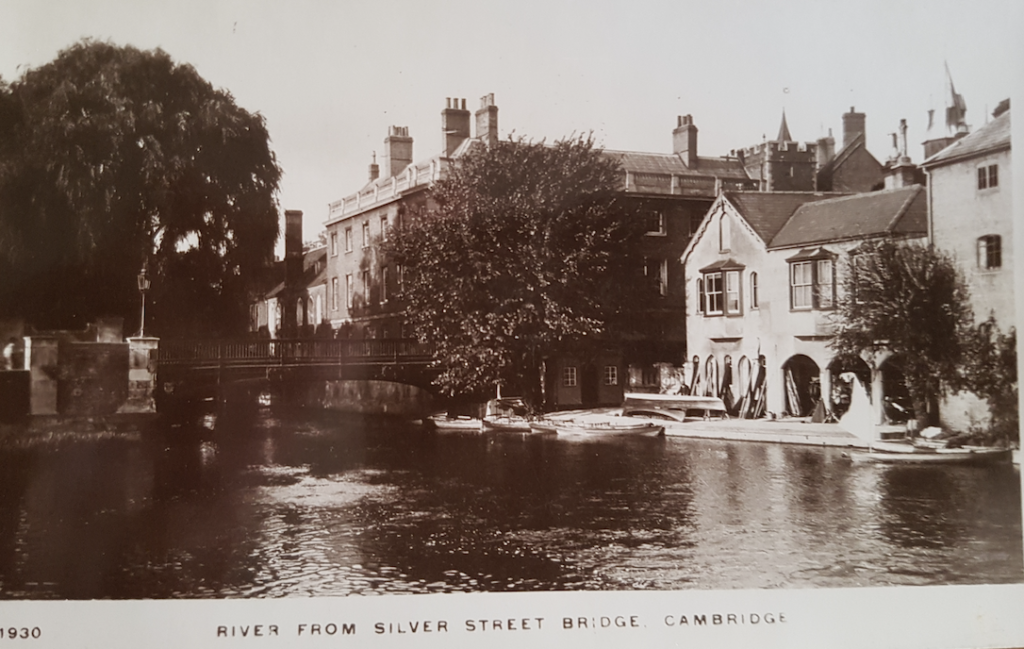 Until 1615 Silver Street was called Small Bridges Street because there was another branch of the Cam about 80 yards to the west, hence the two small bridges.

In the Middle Ages a bridge was often erected as a work of piety, which a hermit might maintain. Travellers were expected to contrbute to his work and to worship in his chapl. It is recorded that a Hermit looked after the Small Bridges. This Hermit is first mentioned in the 1396 register of the Bishops of Ely. There is a further record in 1428. The institution only came to an end in 1549. It is not known where the Hermitage and its associated Chapel stood.

The Hamond map of 1592 shows no houses west of the Small Bridges except for one building on an island which seems to correspond to the ‘Little Island‘ in Darwin College garden.

Small Bridges Street, leading from the river to the town, had been renamed Silver Street by 1615, but it was long before the former bridge lost its name.(See A House By The River by M E Keynes)

Both small bridges were destroyed by Parliamentary troops in 1643 but rebuilt five years later.

Silver Street Bridge, or Small Bridge, was built in 1841 of cast-iron, brick and stone in replacement of one described as dilapidated in 1836. The total cost was £19,56. In 1913 a survey revealed that it was unsafe for heavy loads. It was further weakened by the floods of 1947. The modern bridge is a Grade 2 listed building, designed by Sir Edwin Lutyens in 1959. More information can be found here: 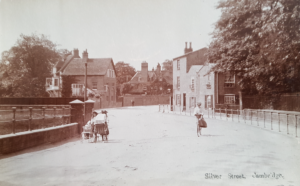 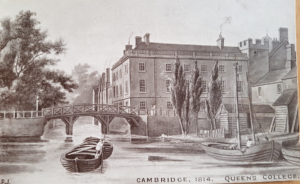 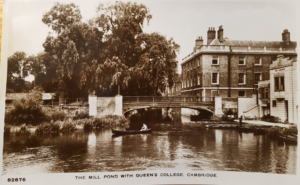 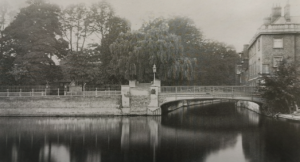