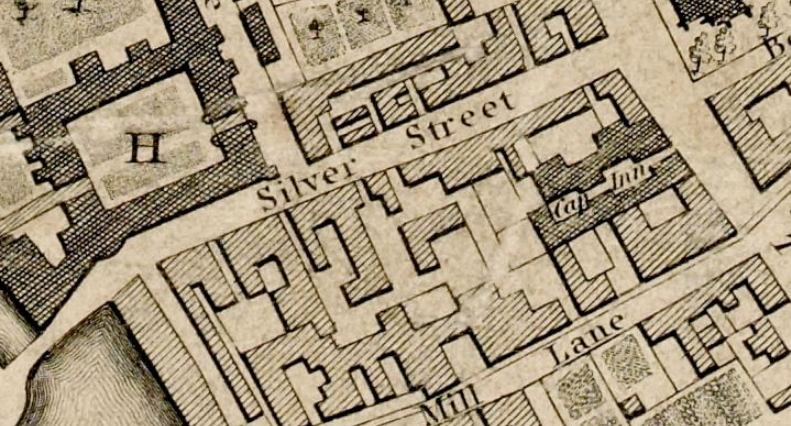 In 1762 the University press started to move to the south side of Silver Street. The Black (White) Lion Inn was purchased and 24 years later a 4 storey warehouse was built.

Frederick French was charged with stealing some money from the till at the Black Lien public-house Silver Street on the previous night.

Mrs Sarah Hickford said that on the previous night about twenty minutes past eight she saw the prisoner, whom she had previously served with half-a-pint of ale, stooping down at the till. Witness cried out “ Oh you thief, you are at the till.” Prisoner banged the till to and went to the end of the counter. Witness said that if prisoner would give her all the money back she would say nothing about it. Prisoner gave her some coppers, amounting to 5 1/2d. To get at the till prisoner had  gone behind the bar where he had no business. Witness told him that she was sure there was some silver gone, but prisoner said he had no more money. Witness took hold of prisoner, but the latter rushed out of the house. She pursued and caught him. Eventually prisoner was taken into custody. There were several florins in the till when witness went to it about half an hour before prisoner was at it. but after prisoner had been at it there were only two left. No one else was in the house besides the daughter of the witness. — Prisoner denied  having been at the till, and said he had four florins, a shilling, and sixpence when he went into the house. Oliver Pink, ostler at the Black Lion, Silver-street, said that on the previous evening about eight o’clock he was sitting in the tap-room in front of the counter. Prisoner was there and sent witness out for half-a-pound of sausages. As witness was returning he met Prisoner running away, and Mrs. Hickford had hold of the tail of his coat. Witness followed prisoner and eventually gave him in charge of a policeman at the corner of Petty-cury. Prisoner, when witness said he gave him in charge for stealing Mrs. Hickford’s money, said “I know I did; what is that to you?” — ln cross-examination by  prisoner witness admitted that prisoner wanted to go down the town and see if he could find Mr. Hickford. P.c. Kitson said he was duty on the Market-hill about twenty-five minutes to nine the previous night when last witness and prisoner came up. Pink said prisoner had been robbing Mrs. Hick ford’s till at the Black Lion, Silver-street, and prisoner said “I know I have, and what is that to do with you ?” Witness took him to the police-station, and upon searching him found four florins, one shilling, and two sixpences. Prisoner pulled the florins out himself and said that was all had got, but witness turned his pockets out and found the other.—Prisoner said he had had the florins all the week, and called Henry Spilman, labourer, of Gwydir-street, who stated that prisoner on the previous morning showed him a florin, some coppers, and other silver when in his garden.—Prisoner consented to the bench dealing with the case, and asked them to let him off with a fine. He pleaded guilty.—The Magistrates sentenced him to month’s imprisonment with hard labour, and ordered that three of the florins found on him should be given to the prosecutrix. 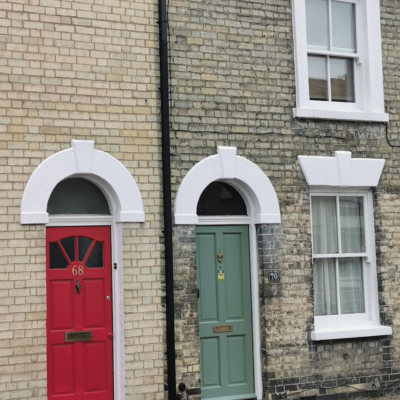