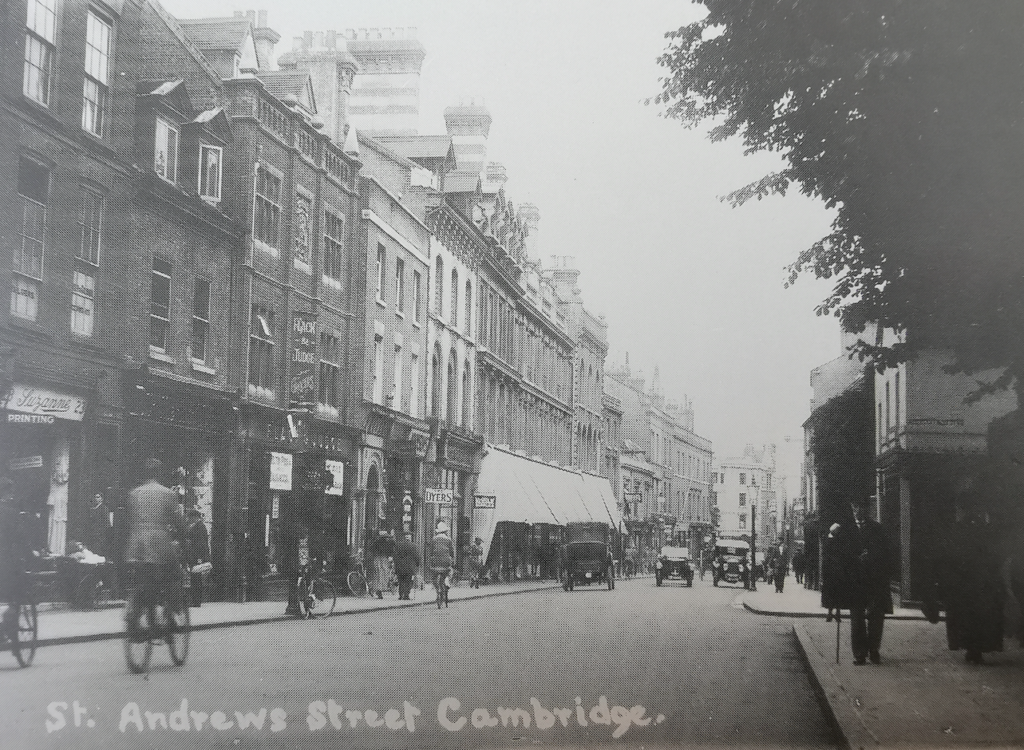 In medieval times this property, long called ‘The Chalice’, was the property of Corpus Christi College. It was sold and then given to Emmanuel by Dr Harvey in 1584. Other nearby houses were purchased by Emmanuel at the beginning of the 17th century from a prominent Cambridge citizen called Wolfe.

In 1616 the property was occupied by a seller of aquae vitae, strong distilled alcohol.

Other property in the vicinity was at one time in the possession of Thomas Bracebridge, a well known yeoman-bedell. There is a large coat of arms on the facade, under which is the sign of the Chalice.

When the property was being researched by Rev H P Stokes one of the occupants 1910-12 was Rev Fredrick George Walker, secretary to the Cambridge Antiquarian Society. This suggests that the Chalice sign might have been self-conscious antiquarian statement.

This and some of the following notes is taken from the Grand Arcade Archaeological Excavation Report (2019).

The archaeology suggests three phases of occupation of the site: midC15- midC16, earlyC14 – midC15, and midC12 to earlyC14.

1029: timber boards from an oak tree felled in this year, well and cesspit.

MidC15-midC16: two water filled features found that had upright ladders left in them when they were backfilled.

The Grand Arcade excavation uncovered a cesspit on this plot (Cesspit 16). The cesspit was probably backfilled circa 1616-37 when the plot was transformed from an inn into a chandlers. (p219)

Headley family of tallow chandlers and grocers. The Grand Arcade excavations interesting debris in wells and soakaways on this site that was probably debris from the inn. Evidence of tea, coffee and a clay pipe, therefore tobacco. All of these sold from the Headley grocery shop. Evidence of cucumber seeds and also grains-of-paradise, a West African member of the ginger family. There is no evidence at this site of chocolate cups but these were found elsewhere. The pipe was produced however by Samuel Wilkinson at 11 Sidney Street.

By 1815 most of Headley family had moved to Hobson Street. Sarah Headley married married the Reverend James Speare who then leased the plot. he then sublet the plot to John Furbank, a cheesemonger, grocer, tea dealer and tallow chandler.

By this year the chandling office was in a bad state of repair. Furbank continued to occupy the plot until 1841 but then moved away.

Plot let to Edward Jay, a grocer, tea dealer, hop and seed merchant who had previously been based at nos 28/29 St Andrew’s Street since c.1833.

The chandling house was replaced by a new warehouse. Emmanuel College paid £200 for the building. The Grand Arcade excavations uncovered a number of wooden blocks and a brick carved with the initials of those associated with the plot of the warehouse (p272). 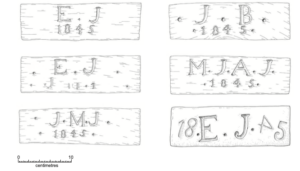 Elizabeth Titchmarsh, visitor, 51, living on her own means, b Melbourn

Louisa Jenkins, 62, companion to a lady, b Melbourn

From c.1901 onwards various businesses occupied part of the frontage even though Emmanuel College in theory refused permission for commercial use of the upper floors.

In 1908 the National Telephone Company Ltd obtained permission to erect a telegraph pole at the back of the property. This provided rental income to the college. 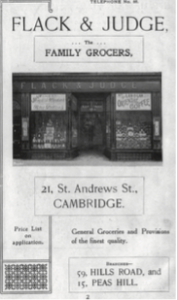 Most buildings on the plot demolished except for frontage.