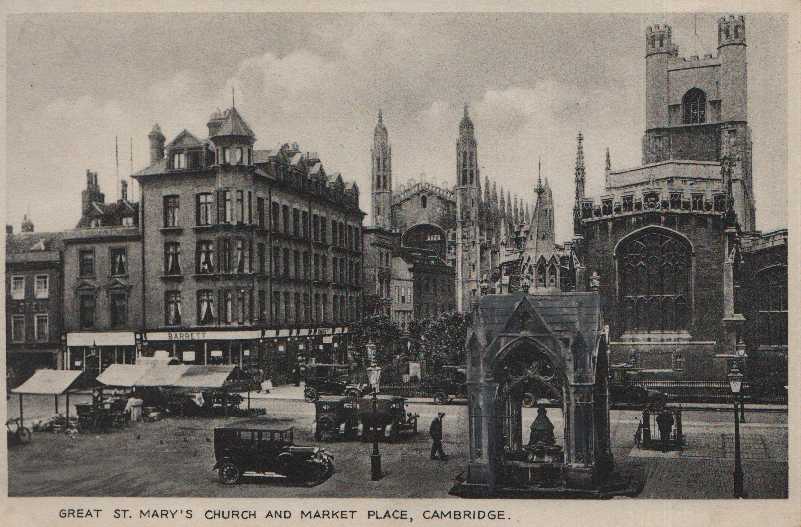 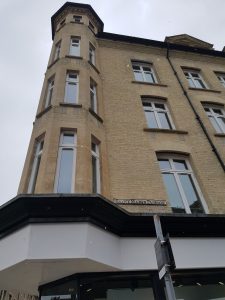 Simon Barrett founded a china and earthenware business. Simon had three sons, of whom, Robert senior and George, followed him in the family business while John, father of Agnes Chater, set up as a linen draper. 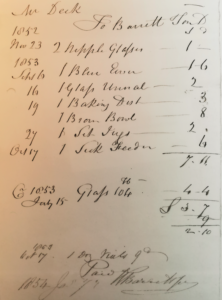 Orders from Mr Deck to Barrett’s 1852-3 including nipple cups. a glass urinal and an invalid feeder 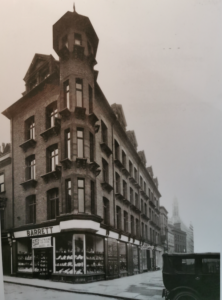 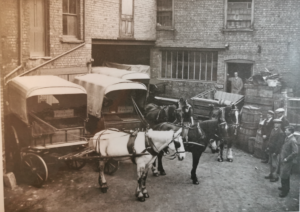 Barrett’s horses and vans. Horses were used until 1950s. 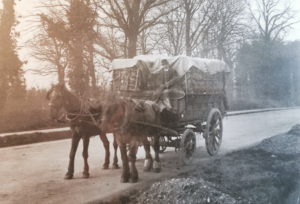 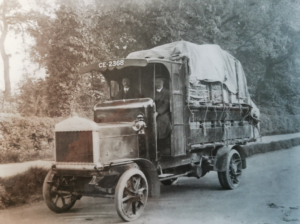 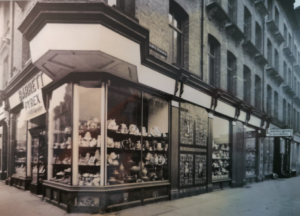 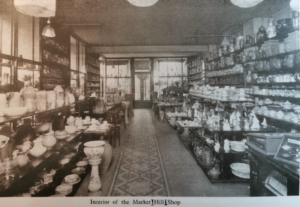 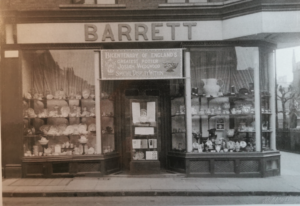 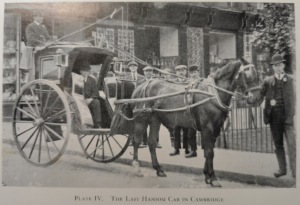 The Last Hansom cab in Cambridge outside Barretts ?1920 (from By-ways of Cambridge History by Ada Keynes)

Barrett & Son mug made for Poste Hotels. It was given to staff at Christmas at the Christmas lunch. Photos from BG. 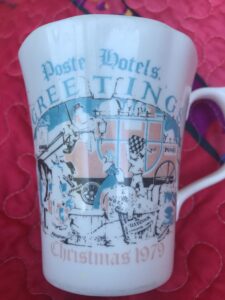 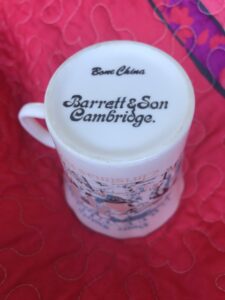 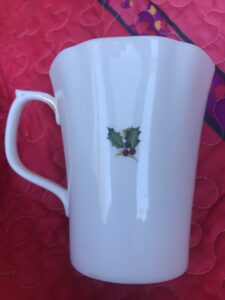