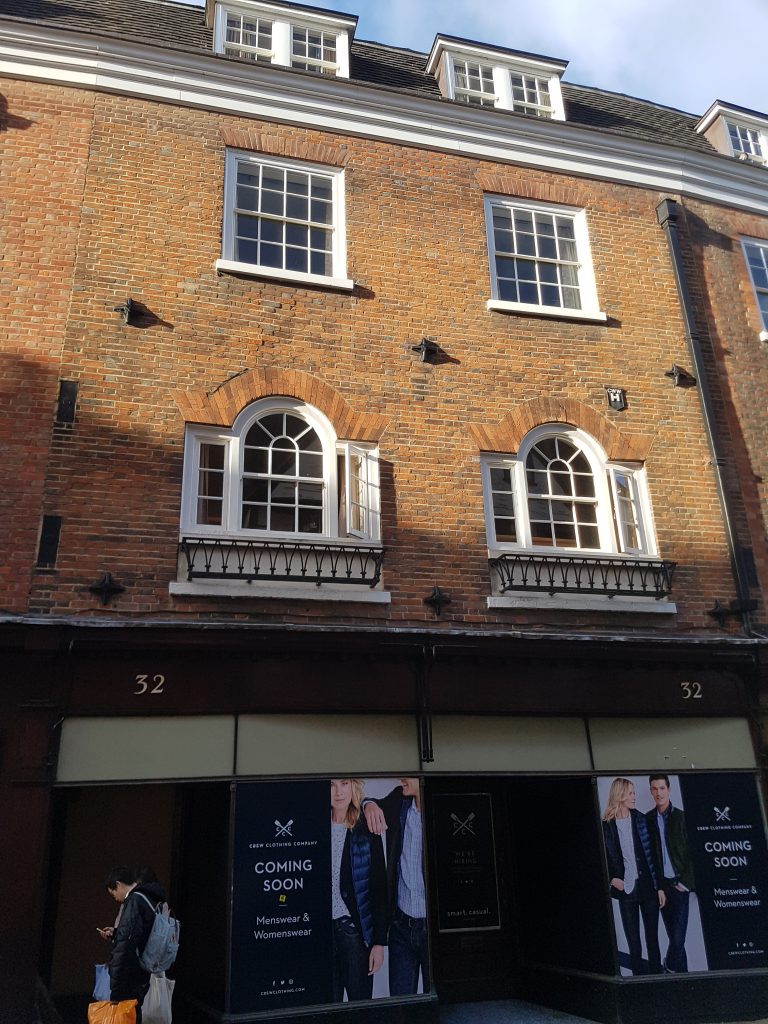 No. 32 is a mid C18 red brick house with Venetian windows on the first floor. It was extended W early in the 19th cent. John Bowtell, bookbinder and antiquary, lived here. Inside there are original cornices, panelled doors and a staircase. There is a good early 19th century staircase in a well lit through a roof lantern. (see 1959 Royal Commission on Historical Monuments Survey of Cambridge)

Jane Warwicker, widow, 80, living on her own means, b Herts 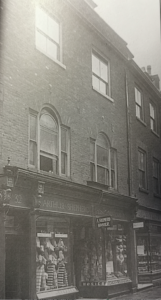 Ernest Shepherd set up a tailor’s shop in Cambridge in 1902. His father was already established in Oxford. The rooms above were used as undergraduate lodgings by Trinity College.

Prince Chula Chakrabongse of Thailand was allocated a bedroom on the third floor. Chakrabongse wrote in 1943: The room had ugly wallpapers, dark red curtains and armchairs and sofas covered in a hideous red plush. His table was quickly filled with letters – hundreds of circulars from innumerable university clubs and societies together with others from shops in Cambridge offering everything the new undergraduate could conceivably want – match boxes, tobacco jars, and other utensils all decorated with the college crest. They were known as ‘freshers’ delights’.