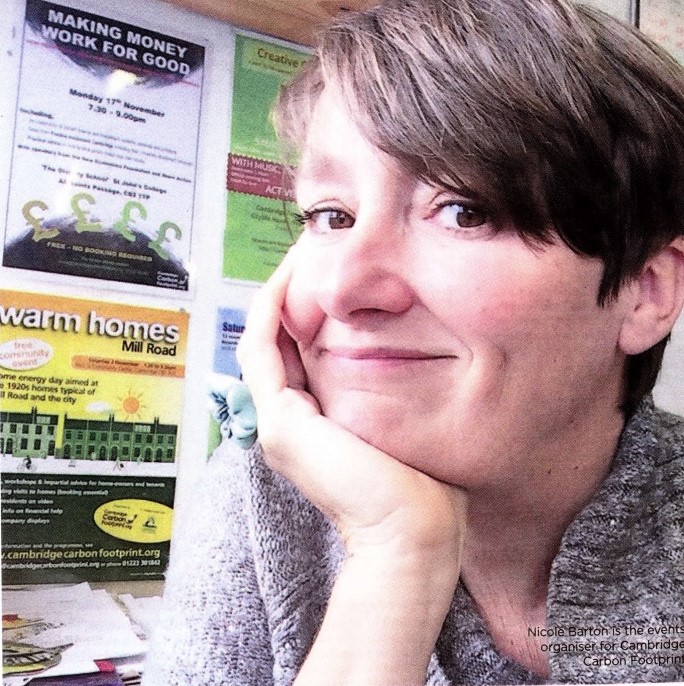 Creating opportunities for those who know that waiting for others to do something isn’t an option, and morphing anger and sadness into action...

‘My career has been all about channeling people’s fierce love for their community and the natural world into practical action. I’m driven knowing that most of us won’t make the headlines in tackling huge societal challenges or even do great things, but that we can all do small things with great energy and passion. Creating opportunities for those who know that waiting for others to do something isn’t an option and helping morph anger and sadness into action, is incredible. 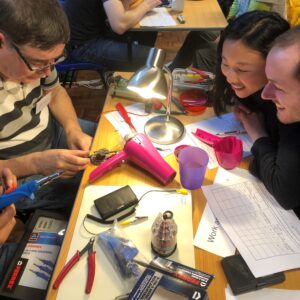 Cambridge Carbon Footprint (CCF) has been around for 15 years and is one of the oldest of the city’s climate charities. Thousands of people have come along to hundreds of events over the last decade and a half, and, with a staff team of only two, most of our work can be credited to the expertise, skill and dedication of thousands of volunteers. My personal highlights at CCF would include working alongside Kate Boursnell of Transition Cambridge to gather together 100 volunteer repairers to set a new world record for ‘The World’s Biggest Repair Café’ and  growing the number of groups running  Repair Cafes in Cambs from two to 26! Bringing the circular economy to life in the north of the city with the Swap, Collect, Fix-Fests and hosting The Cambridge Remakery have been memorable. 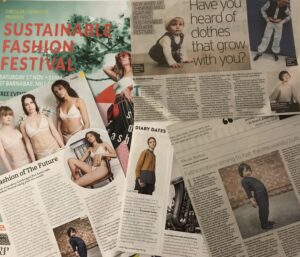 For eleven years now, CCF (led by volunteer and Trustee Tom Bragg) has hosted Open Eco Homes at which thousands of members of the public have toured the homes of local folk that have made great efforts to reduce their building’s footprint. CCF’s Manager Alana Sinclair, myself and 100 volunteers hosted Cambridge’s first ever Sustainable Fashion Festival and our WWII Ration Challenge encouraged over 600 people to adopt  a ration-time diet to reduce their food waste, meat and dairy. 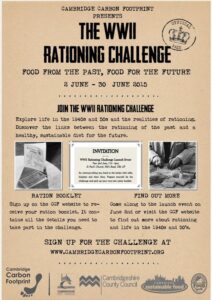 Many of our activities are on the wish lists of other cities our size, our events are often firsts and we’re proud that they’re free and accessible to all. We hope that CCF’s solutions focussed work has offered Cambridge residents, whether permanent or passing through, a great leg up re building their confidence and determination to take both individual and joint action for a greener, fairer world. 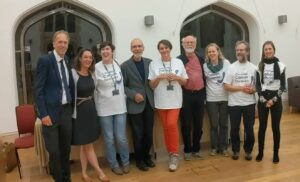 Locally the stuff I am proud of is the hedgehog superhighway that my husband and I keep trying to expand, helping to raise the vintage Histon and Impington Bicycle Club from the ashes and being part of the dynamic Histon and Impington Sustainability Group. I can’t imagine not being a volunteer, ever. 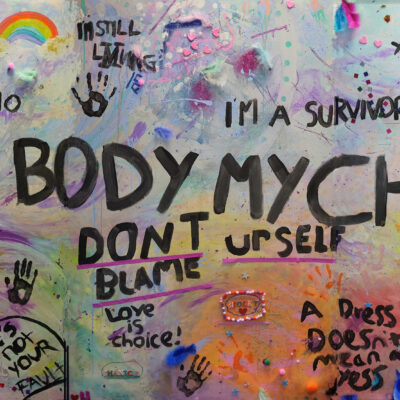