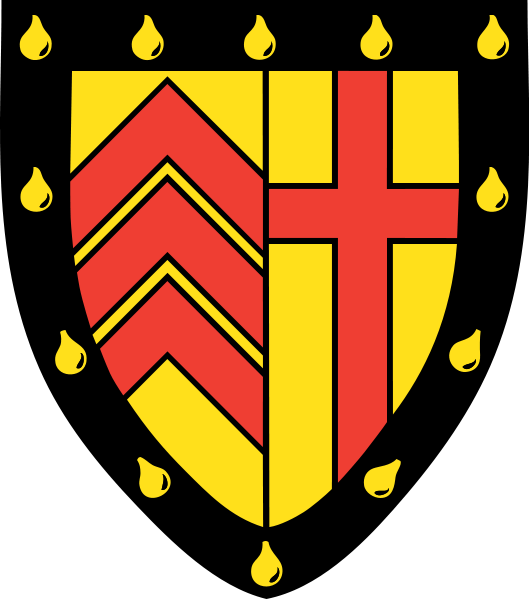 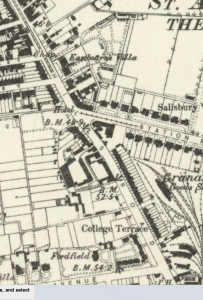 Eastbourne Villa is clearly marked on the 1881 Ordnance Survey map of the area.

In 1860 builder A J Gray took a lease of land on both sides of Station Road with the intention of commercial development. By the late 1860s the demand for residential development was greater so he took out new leases in 1867 from Jesus College which fronted Hills Road. Two house, nos 45 and 47. Land from the 1860 lease was incorporated into the garden of no. 45. This very large garden was main plot on which Highsett was later built.

John Reed Gray (1788-1869) married his wife Anne Harriette (1791-1872) (nee Phillips) in 1815.  Before his death they went to live with their son Arthur J Gray at 6 Tennis Court Terrace where he had a house and a builder’s yard. John died of apoplexy and Anne went to live with her son in a new house he had built in Hills Road – Eastbourne Villa. Family tradition is that she died in the room that was afterwards used for billiards. (Family information)

In 1901 this property was semi-detached adjoining 47. Its garden was extensive and occupied much of the land on which Highsett was later built. A J Gray moved to the Isle of Wight and assigned the lease to his nephew, Walter Gardiner, Fellow and Bursar of Clare College. His wife Isabella was an enthusiastic gardener and a niece of a former curator of Kew Gardens.

This plot later became part of the Highsett development. Isabella lived in the house until 1925 and created a beautiful garden in which the Highsett Bowl was later to become a feature.

House occupied by the Dale family, brewers whose brewery building is still a prominent feature in Gwydir Street. Mr Dale died in 1931 but his son and wife moved into the house and remained there until 1955 when Mrs Dale died. (Highsett Chronicle 204)