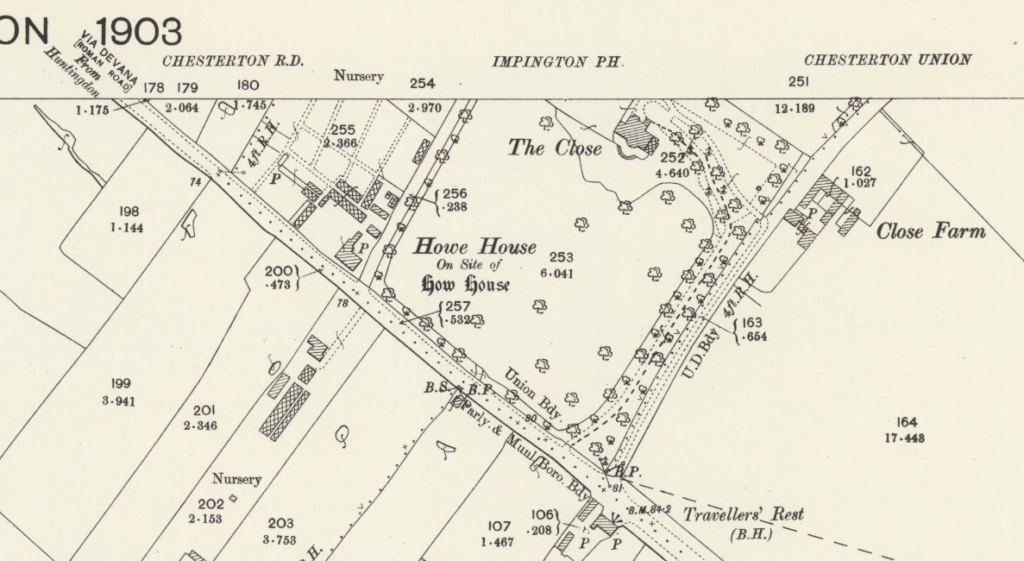 A H Nelson mentions in Early Cambridge Theatre p.100  that ‘an apparently minor open air venue was the Howes now recalled by such names as Howes Place and the White House.

1580: one Robinson, a neighbour of Sir Francis Hinde of Madingley, obtained a licence ‘to show, and exercise certaine games at or nigh vnto the howse next Cambridge‘

1595: the Vice-Chancellor decreed that no student should go to ‘common bowling places.’ One of these may have been the ‘green about a mile from Cambridge called Howse‘.

1618: Sir Symonds D’Ewes reported that he had played bowls at ‘a green about a mile from Cambridge called Howse‘ and received refreshment at ‘the cottage that standeth there.’

From the mid 16th century until the mid 19th century all the Girton manors passed with John Hinde’s Madingley estate to his descendants and their heirs the Cottons. The Cottons steadily bought up the smaller properties in the parish,  so that at inclosure in 1813 they emerged with 1,368 a. out of 1,676 a.  The only other large non-corporate estate was a 130-a. farm in the north owned until the 1880s or later by the Cockaynes and Ryders.  In 1847 Sir St. Vincent Cotton, to pay his debts, sold all his 725 a. in Girton parish north of the Huntingdon road, by auction. Most of the Cotton land to the south, c. 735 a. in 1856, was, on the division of the estate in 1859, assigned to Miss Philadelphia Cotton. (fn. 48) After her heir Maj. W. A. King died in 1886, c. 666 a. in Girton, including Catch Hall and Howe House farms, were sold with the Moor Barns estate in Madingley, in 1895 to Frederick Crisp and in 1903 to Trinity College, Cambridge.  The college still retained most of the 560 a., that it had owned in 1910, in 1984, although Howe Hill farm was acquired by the university in 1923 and c. 80 a. was taken for road works c. 1975.

Sarah How, 18, servant, b Madingley

1852: Pevsner- Buildings of England states that the ‘stark gabled Jacobean villa’ was built in 1852.

Action Against a Lady for Slander. At the Cambridge County Court, on Wednesday last, Mr. Farren, photographer, brought an action against Miss E. T. Minturn, a student at Girton College, Cambridge, for slander and libel. Mr. Cockerell for plaintiff, and Mr. Morten, for defendant. It appeared that in May last, small-pox broke out at the College, and that Miss Minturn and other students went to lodge at plaintiff’s residence, Howe House, near Girton College, but in a few days Miss Minturn left, and at Peterborough wrote a letter plaintiff stating that she and others had been affected by exposure to sewage gas ; that she noticed terrible smells in the sitting room, bedroom, and water closet. “If you have any regard for the health of your family, you will have your drain pipes examined.” This assertion was, it was said, circulated to the injury of plaintiff, who did not sue for damages, but for an apology and the cost. His Honour said that the letter which was written in reply by plaintiff could not be justified, and said that he would give his judgment next Court-day. 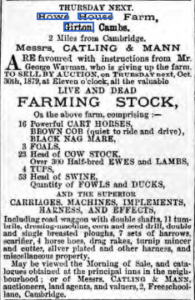 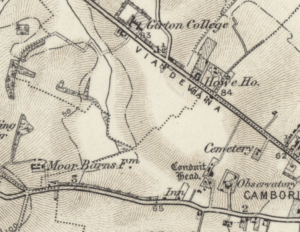 Haslam owned the nursery next door.

Hotel Felix awarded a certificate of immunity from listing until 29.11.2025. 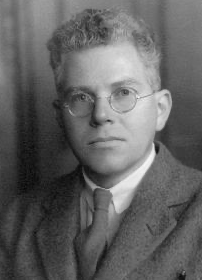