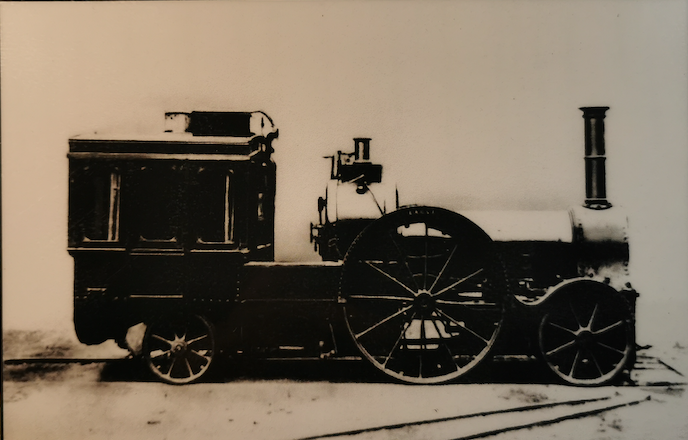 History of the Eagle Foundry site

After the fire of 21 February 1846 at Headly’s iron foundry on Market Hill there was considerable pressure on the family to move their foundry site to a safer location. The Cambridge Chronicle described the foundry as a mass of wooden beams and rafters, old, dry and exceedingly inflammable’. It was also pointed out that the foundry was next door to Warren and Baker’s shop, no. 4 Market Hill, ‘filled with tallow, fat, turpentine, oil, gunpowder and all sorts of combustibles.’

Romilly mentions the fire in his diary entry for 22 March 1846. The editor of the diary notes that the fire broke out before midnight and raged for three hours as efforts were turned from saving the foundry to neighbouring premises and their contents. During the confusion ‘thieves in abundance were on the look out for opportunities’.

The foundry did move to Mill Road and Josiah Chater went to see it on 26th April 1847 and found, ‘they are getting quite a little town in that part of the world.’ 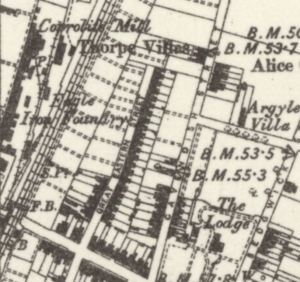 1886 OS map of Cambridge. Eagle Foundry is on the west side of the railway line

The business had been founded by Robert Headly in the late 18th century. At the time of the fire it was his two sons James and Edward who ran the business. The new premises were also called The eagle Foundry; in 1849 the Eagle locomotive was built there for the Eastern Counties Railway.

The Eagle locomotive was used to carry railways engineers and officials on inspection tours of the company’s lines and the saloon behind the footplate was added later so that the officials could travel in comfort. The driver and fireman were left exposed to the elements. In April 1850 this engine ran over and killed Mr Newall, the district superintendent at Norwich, in an accident while inspecting signalling between Reedham and Haddiscoe.

In c. 1852 the brothers dissolved their partnership. James remained in Mill Road in partnership with John Manning 1853-9. Edward set up an ironmongery business in Corn Exchange Street. This was carried on by his sons who built a foundry in Newmarket Road. In 1885 the firm became Headly and Edward; it ceased business in 1934. The names of J Headly, Headly and Manning and Headly and Edwards can still be seen on ironwork in Cambridge. (Victorian Cambridge by Enid Porter p.52)