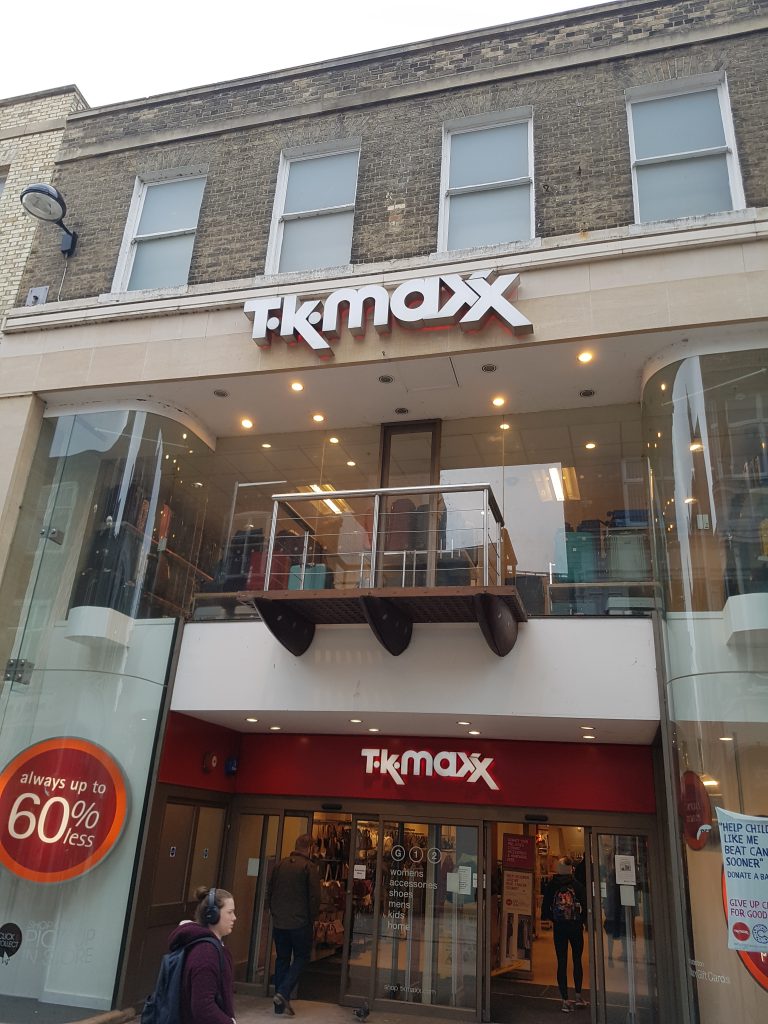 In 1839 William Eaden Lilley (1816-1884) took over the business previously known as Hart and Howell, renaming it Eaden Lilley. The store sold haberdashery, linens, drapery and some hardware and included an oil shop supplying oils for lighting, heating and treating harness leather.

The Market Street store was rebuilt in 1928.

2 other apprentices of Eaden Lilley

Josiah Chater began to keep a diary on 1/10/1844. He was 15 and living above the shop at No.12 Market Street of William Eaden Lilley. The buildings were three storeys; in the 18th cent the street was known as Cordwainer Row. (Victorian Cambridge, Enid Porter 1975)

Agnes Barrett is first mentioned in Josiah Chater’s diary on 1 May 1845. She was then a 12 year old schoolgirl living with her parents, Mr and Mrs John Barrett above their woollen drapery shop next to Mr Lilley’s. Agnes and Josiah would come to see a lot of each other; not only living in the same street, they met at lectures, at the Choral Society, at concerts and in the houses of many friends they had in common.

(7th April) James Sheldrick, aged 25, was charged with stealing a half crown piece while working in the shop. He was acquitted but does not seem to have returned to work.

(Nov) Mr Lilley dismissed Fanny Goody and Miss Akin took over as housekeeper. She already had a lodging house in Green Street.

Josiah was a regular worshipper at the St Andrew’s Baptist church, as well as visiting many others. He also frequented the Cambridge and Cambridgeshire Mechanics’ Institute which had been established in 1835 in Sidney Street. Here he read periodicals, borrowed books attended lectures and studied French. (Joseph had left school at the age of 12).

Josiah Chater and his fellow apprentice were invited to a ‘Gipsy party’ [picnic] given by the sons and daughters of John Barrett, the draper at no. 13 Market Street which adjoined Mr Lilley’s premises. Mr Lilley warned the two boys about getting too familiar with the young ladies!

We know that Josiah and Agnes Barrett were very fond of each other by 1848. He was 5 years older and supervised her serious reading, brought books for her from the Mechanics’ Institute, taught her to play chess. He was a welcome visitor to the Barrett household; Agnes’s mother died suddenly on 26th December 1848. Agnes stayed at school until she was 16 in 1849.

Josiah’s salary had risen from £10 per annum when he started his apprenticeship to £20. He reached the age of 21 on 12th November and needed to make a decision about his future. On 7 August his uncle, William Adams died after a short illness. Josiah and William had been very close. William had been born in Haverhill in 1776 but educated in Chesterton. He used to visit a distant relation by marriage, Mr Simpson, a draper, in Cambridge, and he started to work for  Mr Simpson, in due course becoming a partner and then marrying his daughter. He became sole manger of the firm in due course, made a success of it and was able to retire fairly early in life to devote himself to charitable work and his duties as a deacon of St Andrew’s Street Baptist Church. 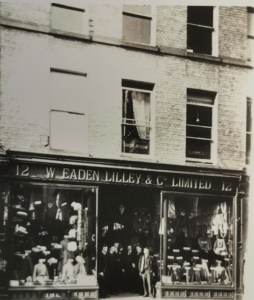 John Barrett died at the age of 87. Josiah Chater recorded how the grandchildren were taken to see the body. W H C Smith, draper, took over the business.

This was also the business address (1888 Kelly’s Directory) of the photographer Ralph Herbert Lord. He lived with his family first at 101 Chesterton Road but then moved to Aldham House, Chesterton. His photography business was very successful and moved at some point to 19-20 Market Street.

Much more information can be found here:

5/3/1897: Wm Henry Chapel Smith, draper of 13 Market Street was summoned for hanging a pair of corsets and a roll of calico outside his shop front so as to incommode passengers. P.C. Savidge said the things projected four inches. Defendant said “I have lived in the street 25 years and you have been in the force 25 minutes. 1 think you were drawing the line too close. I don’t know what we are coming to”. He said the bye-law was an injustice to traders. The Chairman said it seemed to him admitted that something projected beyond the line of the shop. Fined 1 /- (Cam.News)