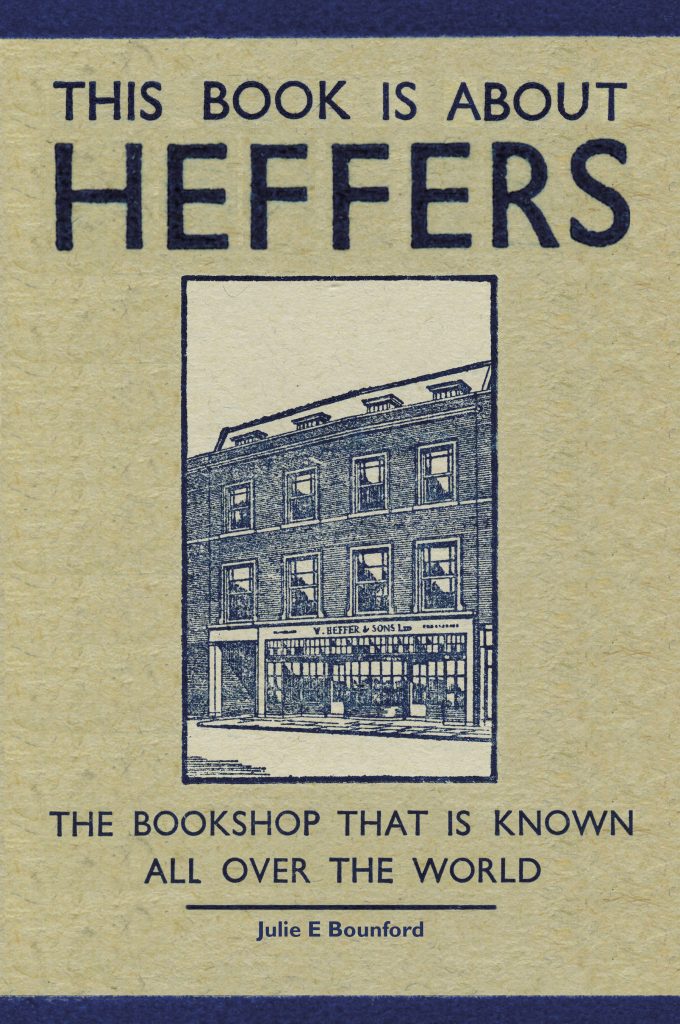 A brief history of Heffers Bookstore..

William Heffer opened his first shop at 104 Fitzroy Street, Cambridge, in July 1876. He traded in ‘fancy goods’ as well as books and stationery. The 1880s was a decade of tremendous growth for Heffers, starting with hymnbook sales to a captive audience and ending with the firm’s first publication. The rise of the firm was primarily down to the extraordinary character of William who had tremendous ingenuity and stamina, and who was undaunted by controversy. In 1888 he broke the London booksellers’ monopoly of the textbook trade by introducing a 25 per cent discount and carried on his trade, despite intense hostility from rival booksellers in Cambridge. Seven of William’s nine children became directors and five worked for the firm. His grandsons, John and Reuben Heffer, became responsible for the stationery and bookselling operations from the 1940s and his great-grandson, Nicholas, at the time of his retirement in 1999, when the firm was sold to Blackwell’s, was the sole remaining member of the family working in the firm. 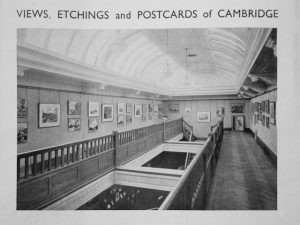 The phrase, ‘Known all over the world’ was used by the firm from the early twentieth century and, when you consider their catalogue distribution, it is most fitting. In 1898 Heffers published their first catalogue, printing just 250 copies. By 1909 the firm was sending out 60,000 catalogues a year at a cost of over £200 (£21,700 at today’s value) to customers all over the world. Catalogues were produced and distributed right up to the 1990s, all with style. And Heffers had style in abundance, much down to bookseller Frank Collieson’s wit and sense of humour. One small example is a strapline used the 1989 catalogue celebrating the 200th anniversary of the French Revolution – ‘Get it right at Heffers: a cut above the rest.’ 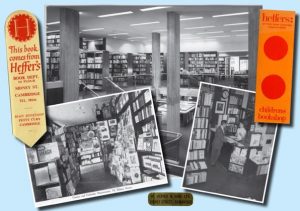 Heffers has been, and still is, a haven for characters and eccentrics, meaning booksellers and customers!

Bookseller, Duncan Littlechild at the Petty Cury shop, a strong pacifist, disapproved of Winston Churchill and would say, “you don’t want to buy that old rogue.” Considered old school by the 1950s, Littlechild, who would kowtow to the academic customers, had begun his 54 year career at Heffers in 1903 and had had a spell as a prisoner of war in 1917. Somewhat incongruous perhaps, is that a favourite customer of his was the comedian and actor, Cyril Fletcher.

Rupert Boasten, a Petty Cury manager, always wore what the staff described as an ‘ice-cream’ jacket, which seems appropriate for a manager who is remembered for having freely given pay rises (treats all round?). And, there were the idiosyncratic touches. For example, Miss Dudley-Hay who ran the Church Supplies department at Sidney Street in the 1950s, cut holes in her shoes to make room for her bunions. Hopefully she always stood behind the counter.

‘This book is about Heffers’ (2016) by Julie E Bounford, reveals the remarkable and engaging history of Heffers of Cambridge – its people, the shops, outings, parties, and the unexpected. It is the story of Heffers bookselling, stationery, publishing and printing, enriched by the recollections of family members, former and current employees, customers and authors. The book is illustrated throughout with over 280 rare photographs and memorabilia.

Julie is an author and indie publisher – www.gottahavebooks.co.uk 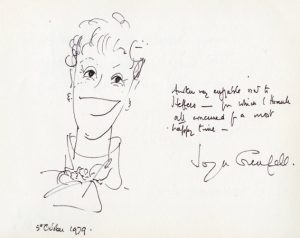 6/10/1939: Suggestions for brightening the black-out at Cambridge. Heffer’s have a selection of indoor games such as Autobridge, dominoes and jig-saw puzzles. Coad’s stock khaki wools and other artistic shades for personal shoppers while Johnson’s have a range of novels as well as black-out paper. Gray of Sidney Street can supply miniature billiard tables but those who prefer the real thing should visit the Guildhall Street Billiards Saloon which is open from early morning till late at night. (Cam.News) 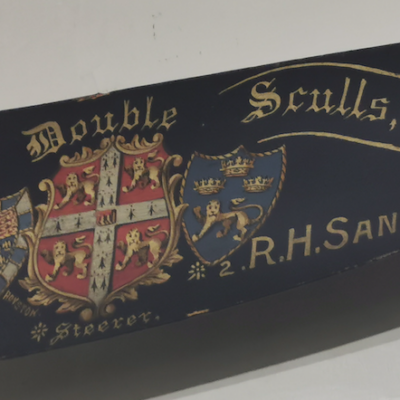