History of the Manor House

Manor house. c.1452 with additions and alterations of C17 and later. Timber-framed, rendered and alterations and additions of red brick, painted. Tiled roofs with internal and side stacks. C15 house of single north-south range of four bays, possibly with one adjoining wing at the south east and another at the north east. In C17 additions were made to east side, which is also the principal elevation. Two storeys and cellars. The C15 east facade is now obscured by C17 additions. That at the centre is red brick and tiled and has end stack with offsets and three diagonally set shafts, repaired. The main entry is at the side of this stack and has been inserted in C19 in part of the wall.

The manor was acquired by Kings College Cambridge from Executors of Henry Somer, former Chancellor of the Exchequer, in 1452 as a home farm and has remained College property.

Under the old Manor House of Grantchester are vast stone-walled cellars from which lead two passages or tunnels. One of these extends a very long way, the ceiling getting lower and lower as it does so., probably because of the accumulation on the floor of centuries of rubble. Tradition has it that the passage, the end of which has never been discovered, reaches as far as King’s College Chapel.

A musician once announced his intention of exploring the tunnel so see how far it did indeed go. Bravely playing on his fiddle he set off, his music sounding loud and clear. Then it began to grow faint, then fainter still until at last it could be heard no longer. The foolhardy fiddler was never seen again. 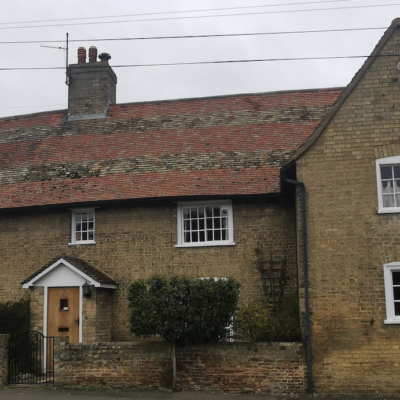 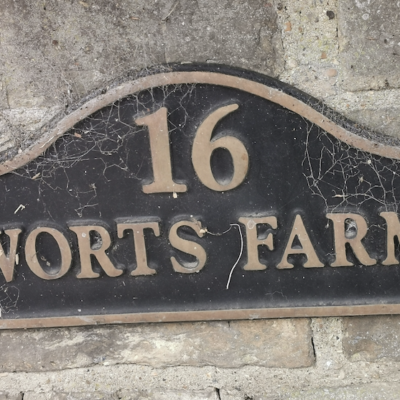