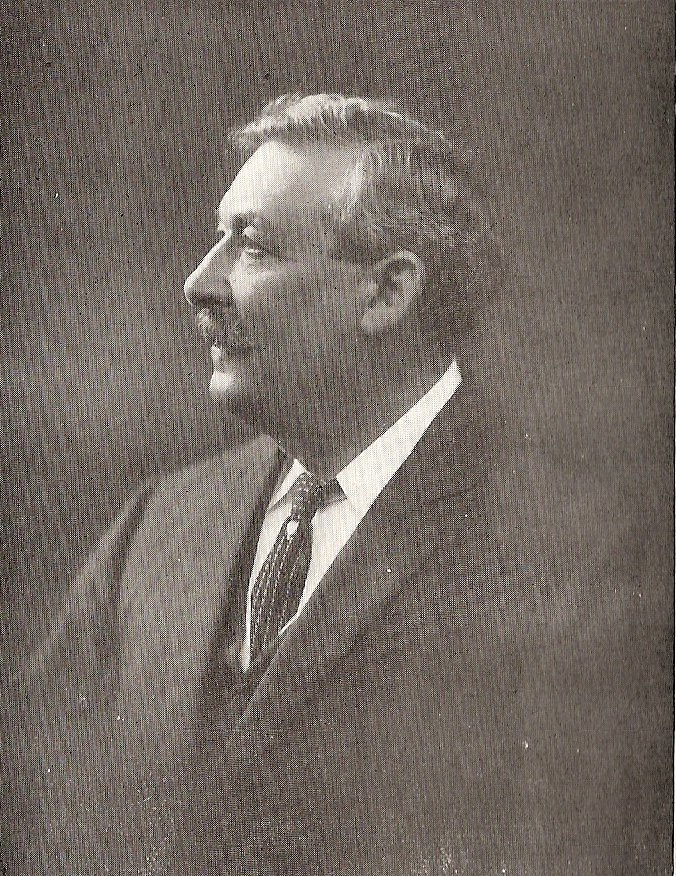 Rodney ‘Gipsy’ Smith MBE was born in a Romani bender tent in Epping Forest in 1860. At the invitation of William Booth, founder of the Salvation Army, ‘Gipsy’ Smith went on to conduct evangelistic campaigns in the UK and USA for over 70 years. At the time of World War One this was his house. He later built two adjoining houses on the north side which were let to those in need of affordable accommodation including his parents. 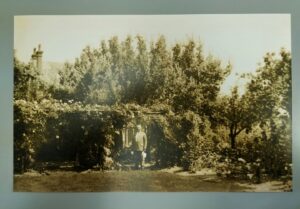 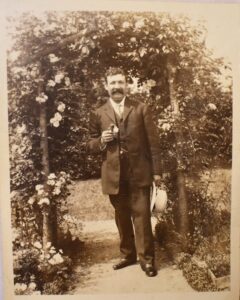 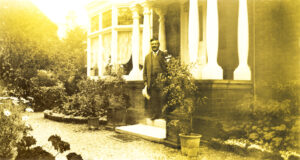 Gipsy Smith was known as ‘evangelist;’ his wife came to own property all over Cambridge. See the following website for more details of his life: 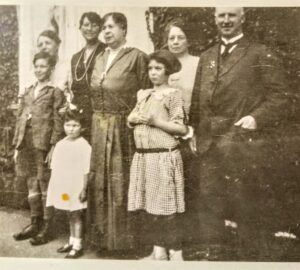 James lean and his wife, Rhoda Zillah (Smith) Lean with Annie Elizabeth (Pennock) Smith, the wife of Gipsy Rodney Smith waiting for Gipsy to get out of the automobile. The young boy and girl are the grandchildren of Gipsy Smith, Rodney Lean and Zillah Lean. Gipsy’s housekeeper is standing next to Mr James Lean. Lady at far left hand side unknown.

The death occurred of Mrs Ann Smith, wife of Gypsy Smith, at their home, Romany Tan in Hinton Avenue. She was associated with Hills Road Methodist Church but led a very quiet life and although she once or twice went on tours abroad, she generally remained at home. The funeral service will be held at the house. The famous preacher is absent in America on an evangelical tour; he is at present in Charlotte, North Carolina. It is not expected that he will be able to return home until April.

The house bordered the garden of Falconhurst in Cherry Hinton Road. Marie Burrows lived at Falconhurst before the war and remembered Gipsy Smith and his interesting house:

For a more in depth study of Gipsy Smith’s life see:

Gypsy From The Forest by David Lazell (1997) 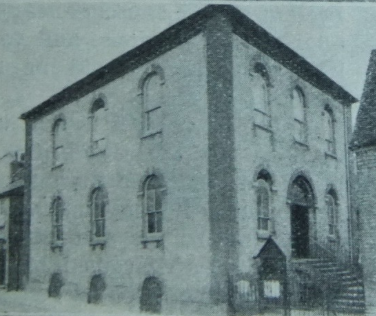 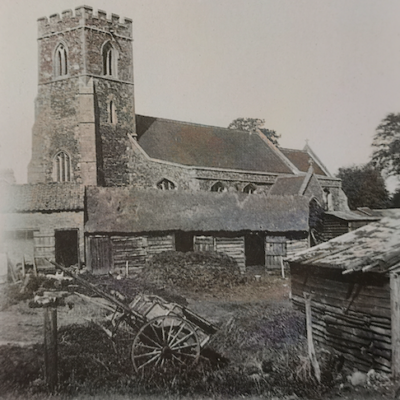 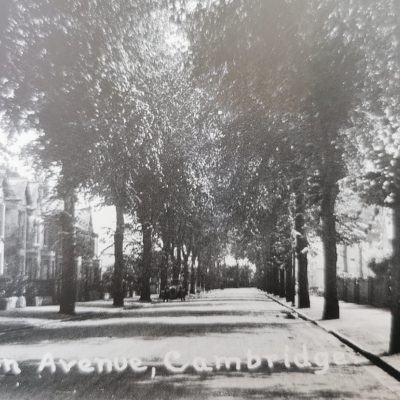 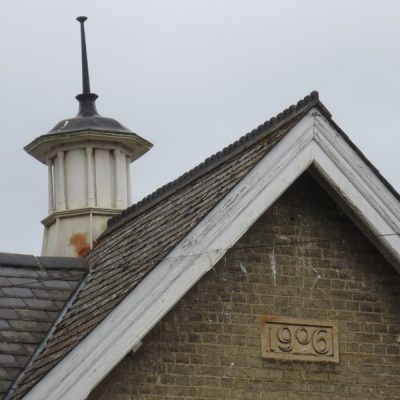