A Travelling Salesman & a Seamstress 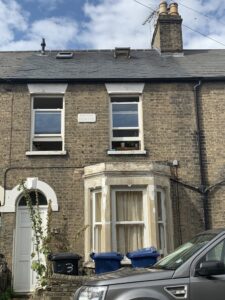 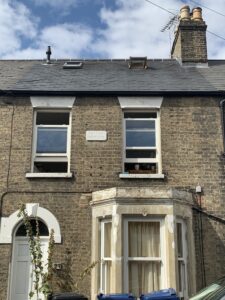 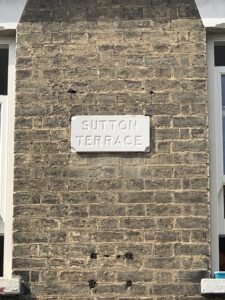 There are two families living at number 23 Kingston Street in 1881.

James B Rampling and his wife Alice, both 27. James is a draper from Essex and Alice was born in Redlingfield, Suffolk.  The couple have a 7 month old son called Horace.  He was born in Bishop’s Stortford, so the family haven’t been living here long.

A French couple also live here in 1881.  Jules Ballory is a 29 year old confectioner and his wife Pauline is 26.

In 1891, 23 Kingston Street was the home of Edward and Charlotte Reeder. Edward’s job is simply listed as ‘traveller,’ which at the time meant he worked as a travelling salesman. Also staying with them is Edward’s niece, 18 year old Rosa Hall, working as a dressmaker.

By 1901, the Reeders have moved and 23 Kingston Street is now home to the Corder family. Emily Corder, a 68 year old Widow from Castle Hedingham in Essex, lives with her daughter Edith, a 37 year old Seamstress, and Albert, a 27 year old Cook working at the university. They have one boarder, Florence E Murr, a 15 year old School Teacher. 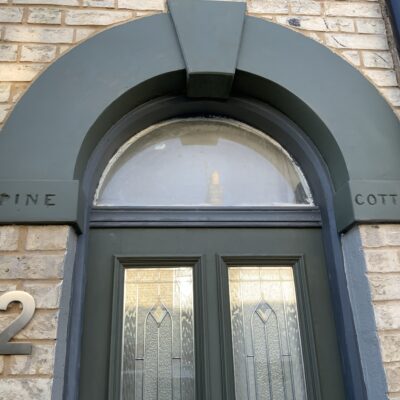