A Carpenter & a Toll Collector 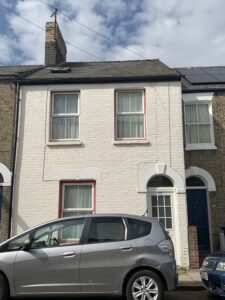 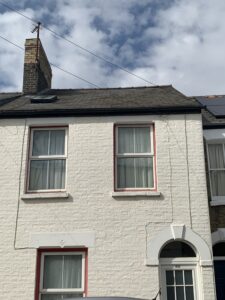 Head of household is George Shaw, a 29 year old builder, who was born in Burwell. He is married to Dorothy, also 29, from Exning, Suffolk.  They have a seven year old daughter, Dorothy, who attends school.  Dorothy’s sister, Ruth Footer, lives with the Shaw family.  She is 27 and a milliner.

In 1891, 41 Kingston Street was home to the large Betts family. Mary Betts, aged 35 from Berkshire, is married to a 40 year old Carpenter from Essex, William Betts. They have six children: Lilian, aged 12; Ernest, aged 10; Herbert, aged 8; Jessie, aged 6; Leonard, aged 4; and Reginald, aged 1. They have a Sick nurse living with them, 42 year old Mary Ann Nunn.

By 1901, 41 Kingston Street is home to the Moody family. Charles Moody, aged 55, from Needingworth, works as a Toll Collector for the borough council. He lives with his son, W J W Moody, a 23 year old Warehouseman’s clerk, and three daughters: Amy, aged 19; Frederick Edith, aged 17, working as a domestic servant; and Olive, aged 13.

In 1911, 41 Kingston Street was home to the Finbow family. Annie Finbow, a 32 year old from Netherton in Worcestershire, is married to William Robert Finbow, a 29 year old from Bedingfield in Suffolk, working as a Cab Driver. They have three children: Harold William, aged 6, in school; Herbert Charles, aged 4; and Cyril Stanley, aged 3.

The Finbow family subsequently moved to 6 Hooper Street, where William and Annie are listed in the electoral register from 1920. Their son Herbert founded a furniture removals business there.