A Gardener & a Compositor 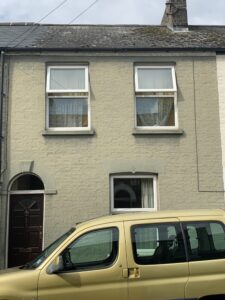 Thomas and Jessie Mathers, both 29 and born in Scotland, live here in 1881.  Thomas is a watchmaker.  The couple have two small children, Alexander, 3, and Ernest, 1.  Alexander was born in Middlesex, so the family hasn’t lived in Cambridge for long.

In 1891, 53 Kingston Street is home to 31 year old Margaret Hunt, married to 41 year old George Hunt, working as a gardener. They have two children; George, aged 4, and Gertrude, aged 2.

In 1911, 53 Kingston Street is home to the Thompson family. Florence Thompson, aged 35, is married to Walter Thompson, a 42 year old machine printer from London. They have a one year old son Stephen; also living with them is a relative, 63 year old widow Julia Everett from Haslingfield.