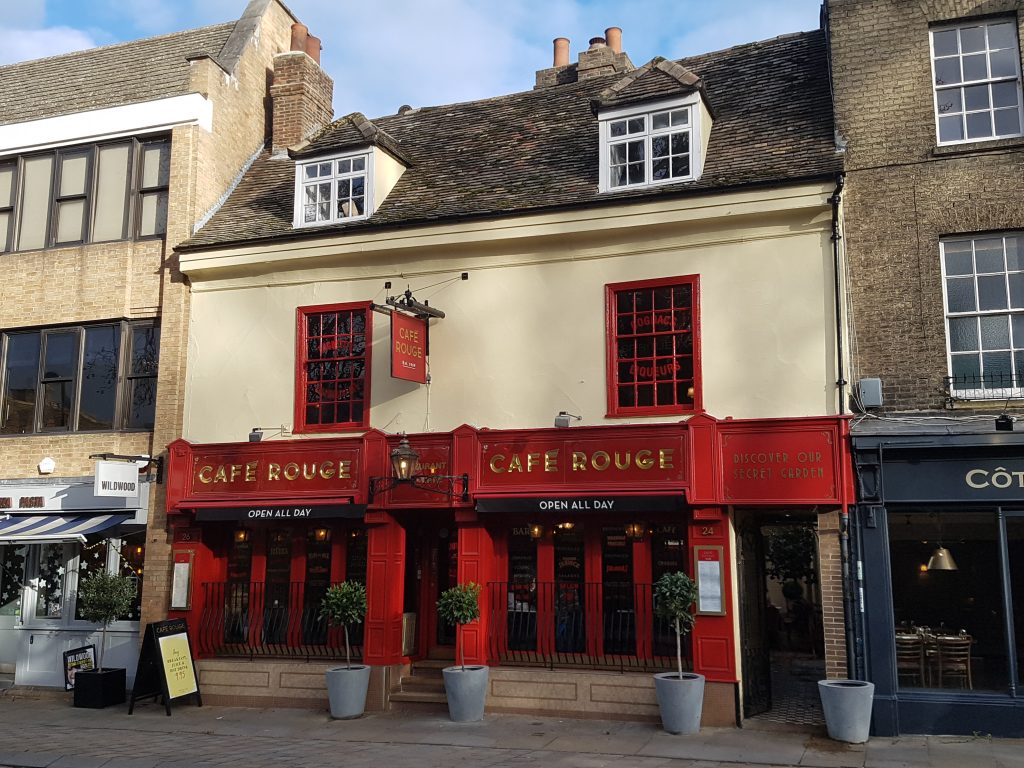 1959 Royal Commission on Historical Monuments Survey of Cambridge: has walls of plastered timber-framing and tiled roof. It consists of a 16th cent. range to the street, with a 17th cent. NE wing. There are numerous original features inside.

Early history of the site from T E Faber, An Intimate History of St Clement’s, 2006.

1279: William de Pickering paid rent to Barnwell Priory of 3s plus a pound of cumin

1349: John de Parham [probably Richard’s grandson] granted his mother Amicia a tenement in St Clement’s which abutted onto the high road and which lay between the tenements of Geoffrey Seman.

1355: One of the two cottages granted to St John’s  Hospital. Roger le Kobelere was the tenant.

1586: lease to Harwood Cook. Contains condition that the tenant should rebuild ‘The Bell’ i.e. an inn.

1795: sold by St John’s as a single property. Bought by the sitting tenant John Purchas. Described as ‘ now divided into two tenements one whereof is now used as a public victualling house called the Barley Mow.’ 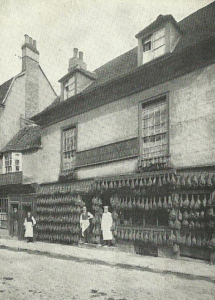 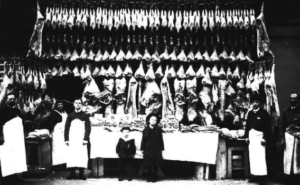 1859: Mrs Royston, tenant, Thompsons Lane Brewery records (held at Cambridgeshire Archives). Property auctioned off with rest of Foster estate. It then consisted of a shop with shop window and a tap room, plus four bedrooms, stabling and a cow house with loft above. It was bought by Magdalene and shortly afterwards ceased to function as a pub.

The Lost Pubs project online records that at some point in the 1860s the premises was Sebleys Tea Rooms and Ham Shop.