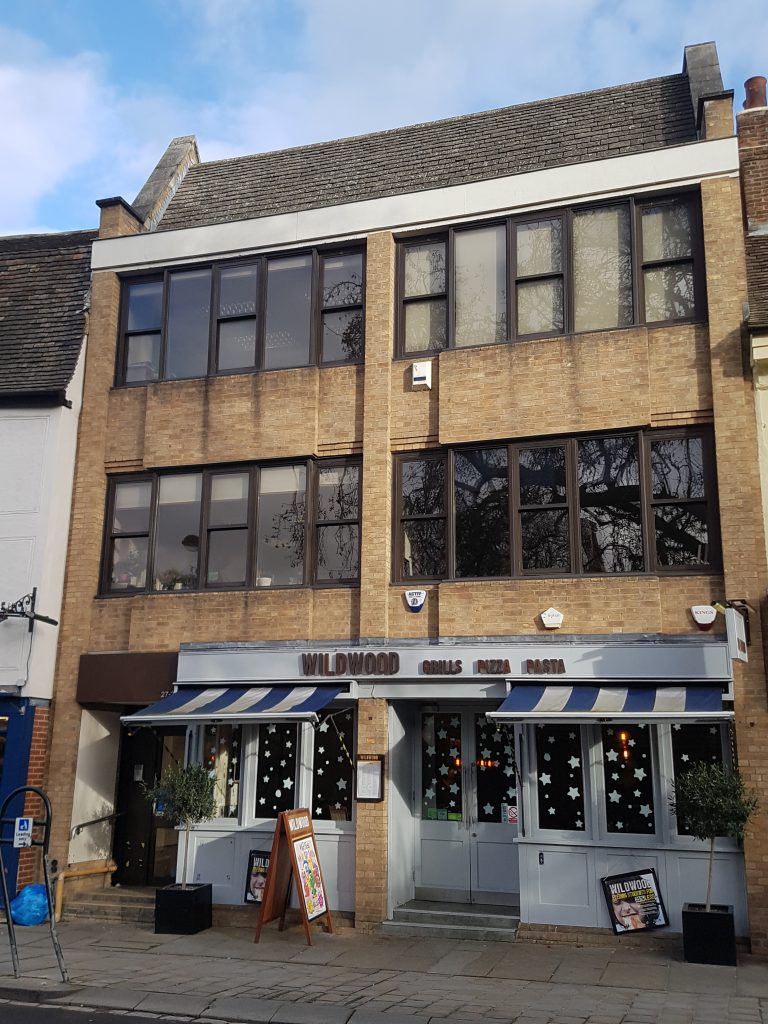 28 Bridge Street, the Greyhound, the Griffin

1959 Royal Commission on Historical Monuments Survey of Cambridge: no evidence remains to suggest that the building is earlier that the late 18th or early 19th cent date of the mansard roofs. Inside , in one of the upper rooms, is an early 19th cent. cast-iron grate of elaborate design.

Early history about the property can by found in T E Faber, An Intimate History of St Clement’s, 2006.

1547: ‘John Richardson bayliff’ living at no. 28. In his will of 1549 he says that ‘my howse called the Greyhound in Clement parish’ suggesting it was in use as an inn.

1662-4: home of Thomas Sowersby. He was a prosperous corn merchant but had been an inn-keeper as a young man. He rented the Anchor from the Tabors and paid Hearth Tax for the Crow or the Peacock.

1699: death of Christopher Greene the Elder. He left a freehold inn by the name of the Griffin to his grandson Christopher Russell.