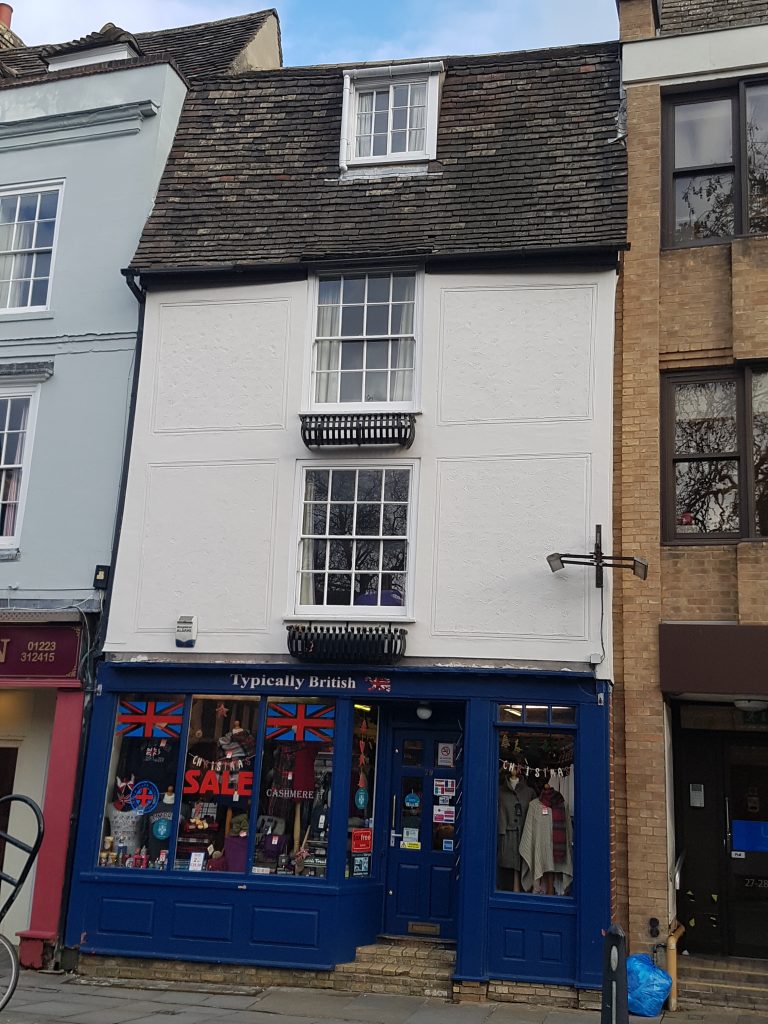 29 Bridge Street / the Crow / the Tawbert

T E Faber, An Intimate History of the Parish of St Clement’s, 2006, provides much detail on the early history of this site.

1959 Royal Commission on Historical Monuments Survey of Cambridge: built in the 16th or 17th cent. and much altered and heightened in the 19th. The chimney-stack on the NE is of the 18th cent.

Rent for no. 29 can be followed back through Corpus records. the property probably came to Corpus, with several others in 1352, having been given previously to one of two gilds which founded the college in that year.

circa 1549: according to the will of John Richardson, who owned no. 28 Bridge Street, no. 29 was at the time an inn called the ‘Tawbert‘.

1666: John Hills has by now transferred leases to son-in-law Nicholas Tabor I

1668: leases on both properties renewed

1677: Nicholas I died and his will mentions two houses which must be nos. 29 amd 30, namely, ‘the Crowe wherin lyeth Moses Griggs and the Peacock wherein lyeth …. Griggs.’

1700: lease granted by Corpus to Edmund Glenister of Royston with William Robson as occupant

1874: when colleges had to declare the property in Cambridge they owned, Corpus declared no. 30 and St John’s declared no. 29. However, there was clearly some confusion between the colleges as to the identity of the properties concerned!