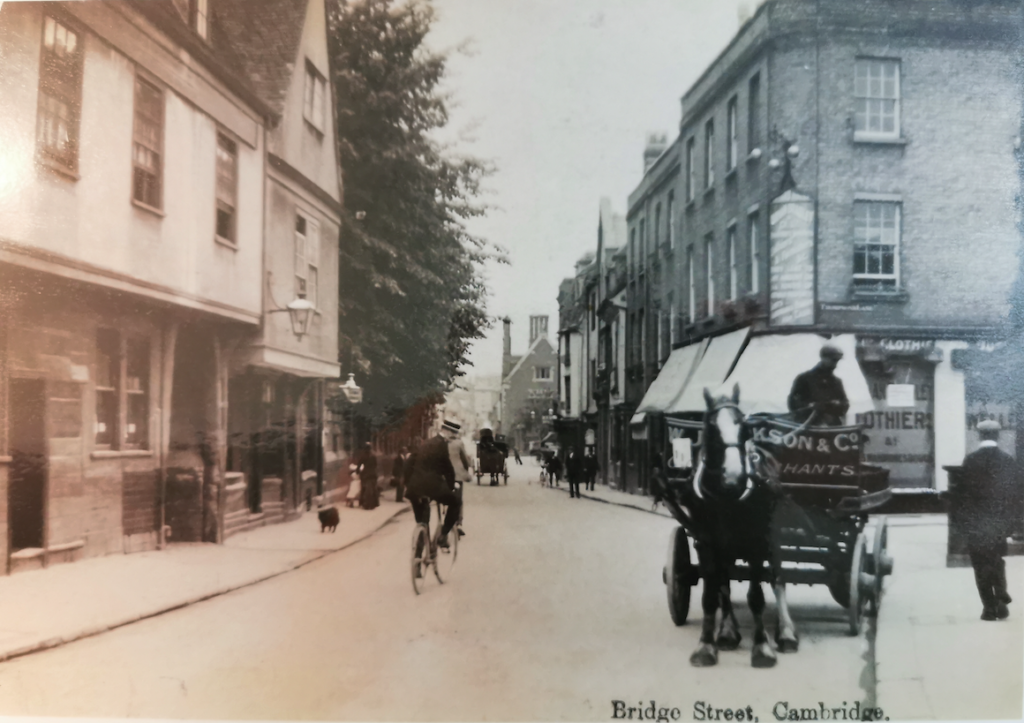 Detailed notes can be found in T E Faber, An Intimate History of St Clement’s Parish, 2006.

A chantry dedicated to St Nicholas was founded by William de Lolleworth in 1323. It was endowed with 2 messuages, 7 acres of land and 40s in rent. This endowment was augmented in 1352 and it was probably at that time that the site of the Bull (White or Black) on Bridge Street became chantry property. Part of the site was let in 1356 to Bartholemew the Chandler for him to build on.

end of 15th cent: when Robert Blackamore was chantry priest at the end of the century is was known as the ‘Bull’ or ‘Black Bull.’

When Robert Massye, chantry priest, died in 1528, he left to Dr Cliffe all the fittings at the White Bull. From this we can gather that he funded the refitting of the inn and changed the colour of its sign from black to white.

1547: inn known as White Bull was the principal asset of the united chantries of St Clement’s Church.

1553: after the suppression of the chantries, Sir Thomas Wendy was enfeoffed in the property

1615: acquired by Magdalene as the White Bull

1674: House ‘where …. Allen widow dwelleth’, allowed ‘to be renewed again as an inn to be called the White Bull.’

1675: ‘The White Bull, Widow Allin’ presented to a Proctors’ leet in connection with eighty barrels of Mr Thompson’s beer

1682: Thomas Allen among those vouched for by William Gould