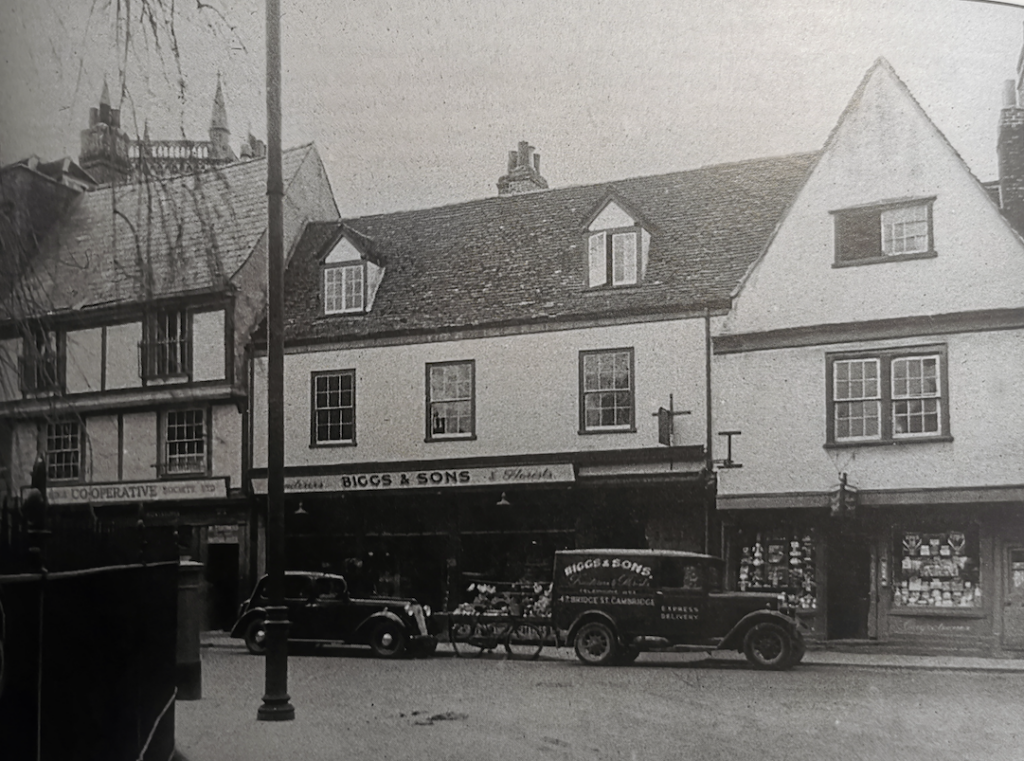 1525: death of Simon Rankyn. In his will the house is ‘called the sign of the Swan’.

1545: left to his daughter Lucy and her uncle, Thomas Hardwicke of Yorkshire let it in 1559 to John Snoden.

1573: Hodilowes sold it to St John’s. The college seems to have then let the inn but kept the brewhouse under its own management until 1609.

1783: William Coulson, publican (records of the Parish of St Clement)

1803: estate contained ‘Red Lion Public House’, granaries, two messuages, a coal yard with chambers over it, and stables which were sub-let.

Renamed ‘Old Red LIon’ and remained in business under that name until c. 1908.