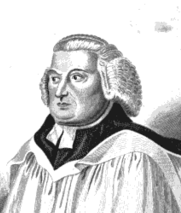 The church is essentially a 13th century structure but dominated by a tower dating from 1821-2 described by Pevsner as ‘somewhat silly.’ 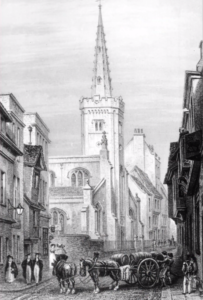 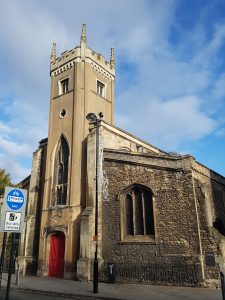 Further information can be found on Wikipedia.

Carved above the west door of the tower are the wrods “Deum Cole’, the punning motto of the county antiquary, Rev William Cole (1714-1782). He left a collection of 100 folio volumes to the British Museum, a mine of information about Cambridgeshire.

Cole’s intention was that the tower and spire should be built over the graves of his two sisters and appointed James Essex, one of his executors, to undertake the work. Essex died soon after Cole and it was not until 40 years later, 1821, that the steeple was built, and then in total disregard of the benefactor’s wishes.

Cambridge Inscriptions Explained by Nancy Gregory (2006) looks at the background to the inscription in more detail:

Since to Old Cole (Heaven rest his soul,

This spire we owe, we’ve plac’d below

William Cole is buried under the tower. 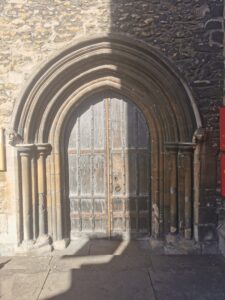 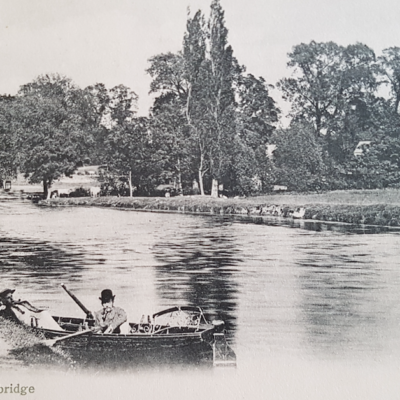 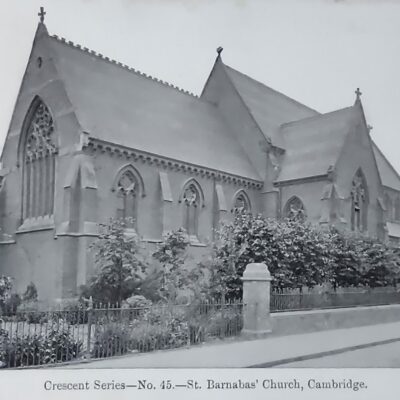