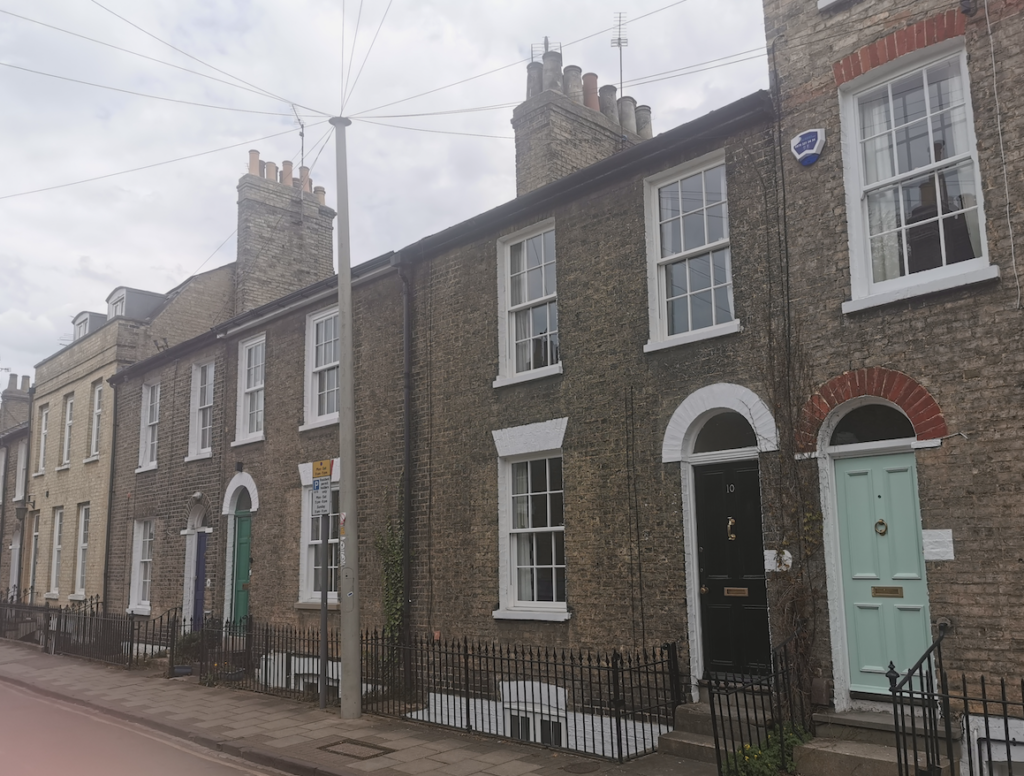 Selina Kent (sisiter), 59, b. Swaffham Prior

Note: these names are recorded as being at #11 – but so is the following entry (Sydney Holmes) – so presumably this is a mistake? 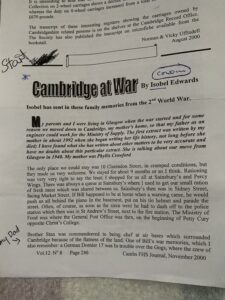 Life at 10 Clarendon Street in WWII

Account by PC Hayden of an event during WWII: 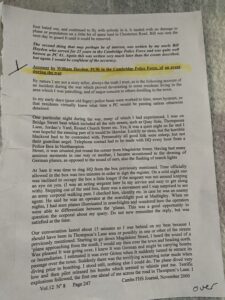 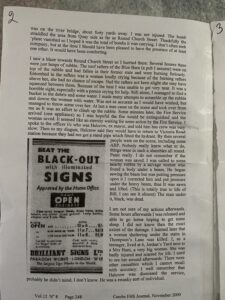 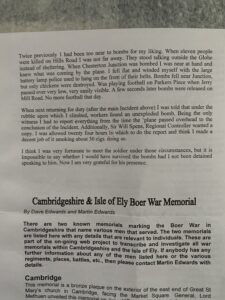 The raids that William Hayden describes are:

Tuesday 28th July 1942: a Junkers 88 flew very low over Cambridge in the middle of the night. Bombs were dropped in the vicinity of the Round Church and Thompson’s Lane. According to Jack Overhill’s diary, three people were killed and some injured; a lot of damage was done including some to the Union Society; a cobble weighing about two pounds was flung as far as Charles Lamb’s house on King’s Parade.

Date of bombing of Chesterton Junction: not known at present

All my relatives on fathers side were from Cambridge area (Haydens) Grandmother lived at 10 Clarendon St, father’s brother was Police Constable. 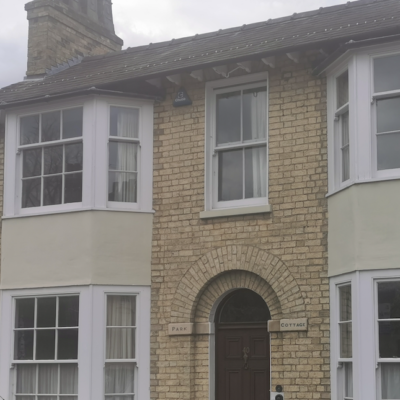 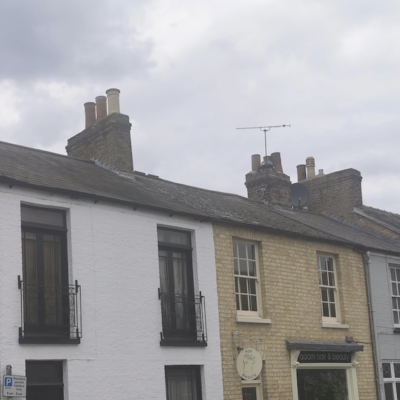 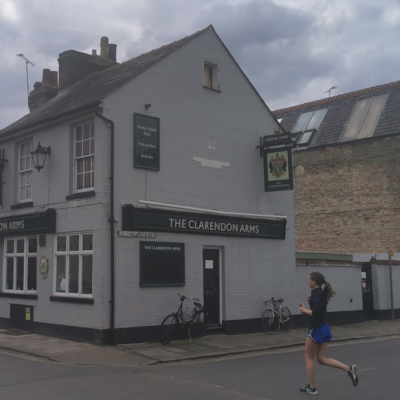 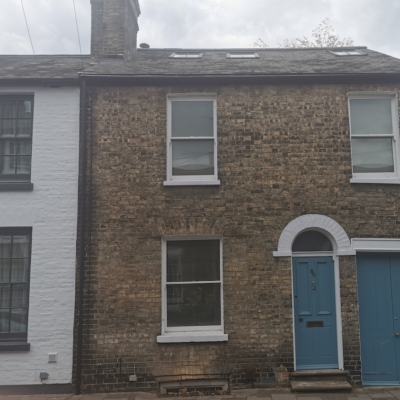