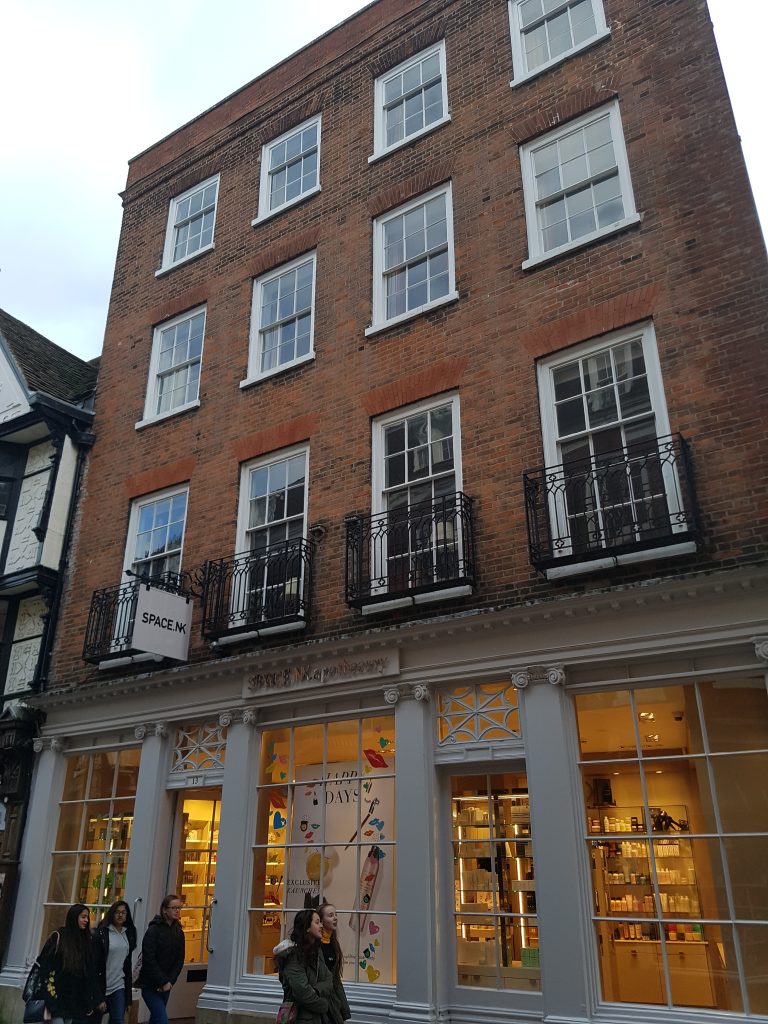 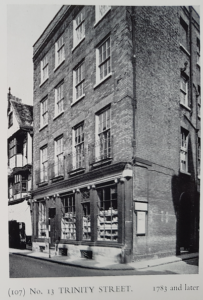 No. 13 is probably from 1783 (scratched date). It has an early C19 shop front with Ionic pilasters and early C19 Gothick window guards above. (Pevsner) 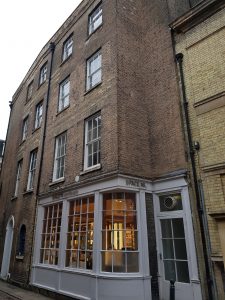 Deighton, Bell and Co., (A Earnshaw Smith) booksellers and publishers

Horace Webb was the owner of Deighton Bell during these years; he retired in 1959.

Peter Rivet’s parents met when they were working there and he got to know the place quite well as a small child:

Basement: Stationery department, presided over by a Mr Papworth.

Ground floor: The main bookshop, which not surprisingly was largely aimed at its university clientele.

First floor: Children’s section, which was run by a Miss Mosheim.   Evidently there was an antiquarian section as well, but at that age I wasn’t aware of it.

Second floor: Administration, where my grandfather had his office.

Third floor: A flat, which we once used as overnight family camping accommodation while on the way somewhere else – no doubt it usually had a tenant of some kind.

The dark green door to the flat was on the Green Street frontage.  I remember being impressed by the positioning of the brass handle to it being in the middle of the door, rather than in the normal place on one side.

My mother, who worked there after leaving school in 1942 until getting married in 1947, told me that they had quite an interesting range of customers.  They included John Maynard Keynes “a rather gloomy man” and Bertrand Russell.  Russell was a bit tricky to deal with as if he wanted to buy a book, he would just wave it at the cash desk so that it could be put on his account.  That meant you had first of all to know who he was (not too difficult as he was instantly recognisable), then to know what the book was, and finally its price!  She also said that the staff used to enjoy putting what were then considered risqué titles on the upper shelves so that they could watch student customers taking them off the shelves to read bits of them.

28/4/1987: One of Britain’s oldest booksellers, Deighton Bell in Trinity Street, which dates back to 1700 and specialises in antiquarian and rare volumes, has been sold to nearby Heffers. It takes them back to second-hand books, a department it gave up in 1974 because of lack of space. Then they had sold their stock to Deighton Bell and had maintained a good relationship ever since. The shop will remain on the corner of Trinity Street and Green Street and continue to be run by John Beech his staff . (Cam. News)

Jonathan Topham wrote an article about Deighton Bell in 1998 in ‘Transactions of the Cambridge Bibliographical Society’ Vol. 11 No. 3 pp 350-403

Two Centuries of Cambridge Publishing and Bookselling: A Brief History of Deighton Bell and Co., 1778-1998 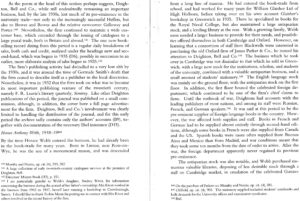 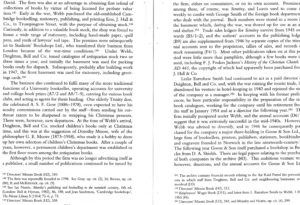 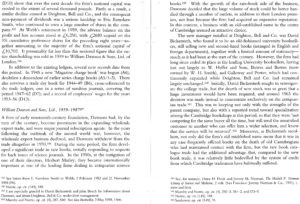 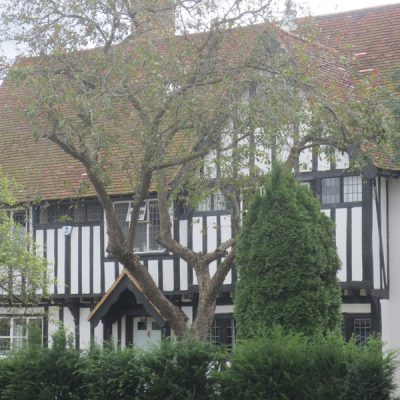 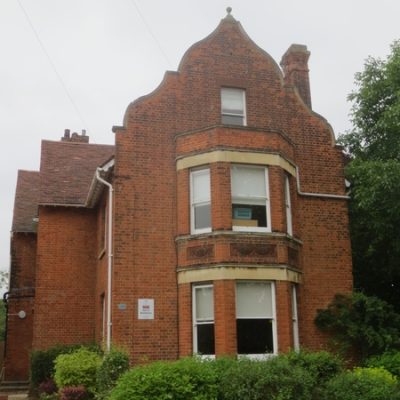 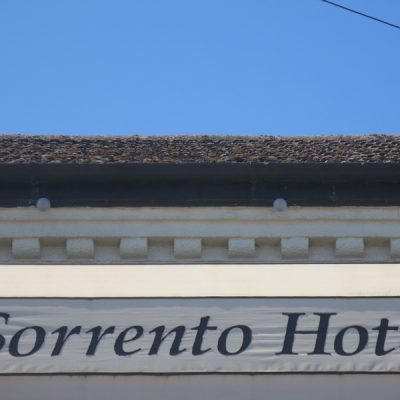