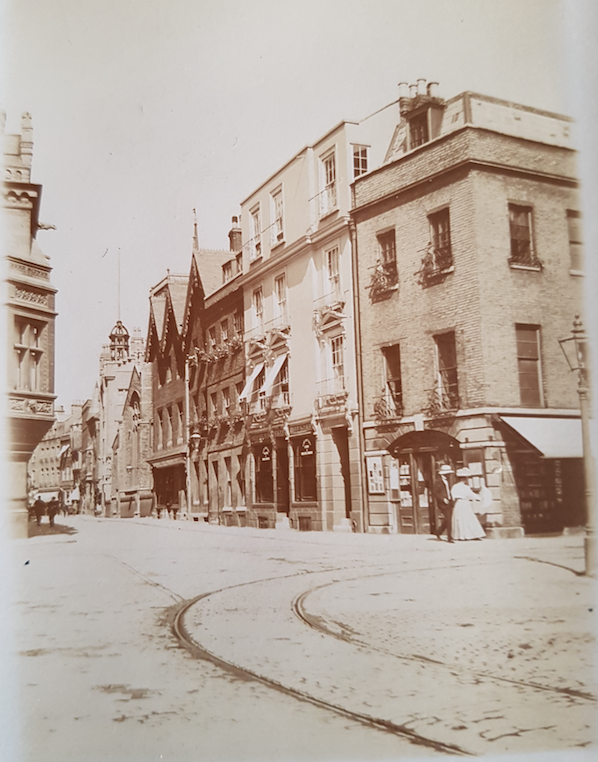 By 1851 Karl Heinrich Roeper had a flourishing business as master-tailor and robe maker at this address. He was born c.1815 in Braunschweig and emigrated to England. He changed his name to Charles Henry Roeper and died c.1888.

Circa 1868 he adopted his niece Hermine Augusta Charlotte Frederike Thorhauer who had been born in 1861 in Brackstedt.

Hermine Thorhauer was bequeathed the shop at 2 Trinity Street. She lived on to 1950. During WWI she destroyed much of the evidence of her German origins.