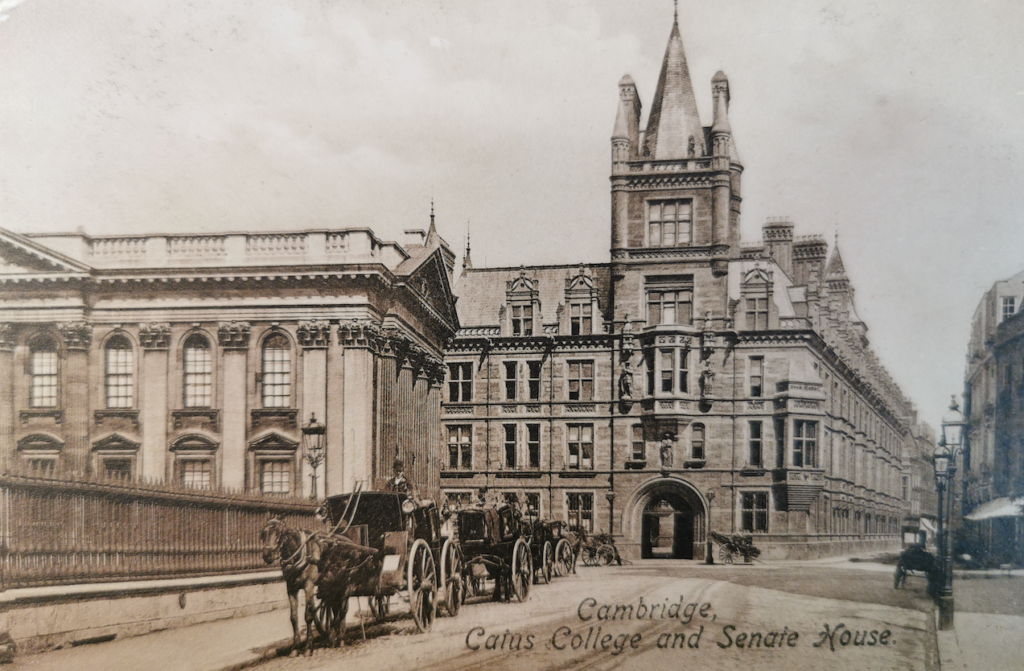 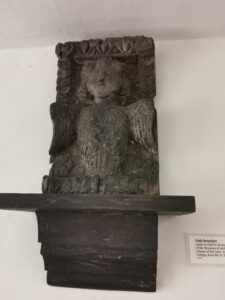 Oak bracket made in 1918 by Samuel Cowle of the Museum of Archaology, Cambridge from a beam of the 1414 roof of the hall of Caius College, from Mr N Tuelon Porter (MoC)

General information about Gonville and Caius College can be found on Wikipedia. 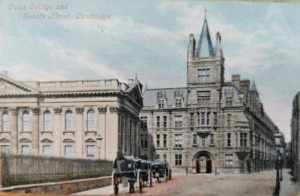 Job Bendall, 35, under butler, b Cambridge

Richard Briggs, 26, under porter, b Histon 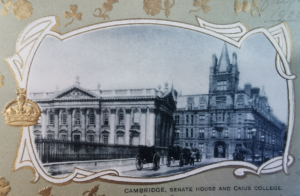 During the period 1903-5 Harold Delph Gillies was a student at Caius. His work during WWI has led to him being widely considered the father of modern plastic surgery. Harold Gillies Close (CB5 8ZD) is named in his honour. 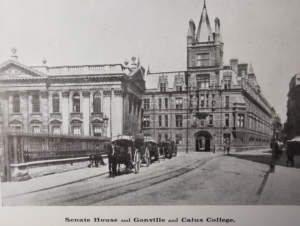 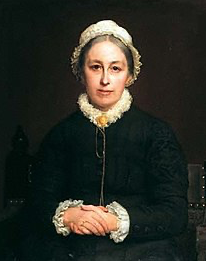 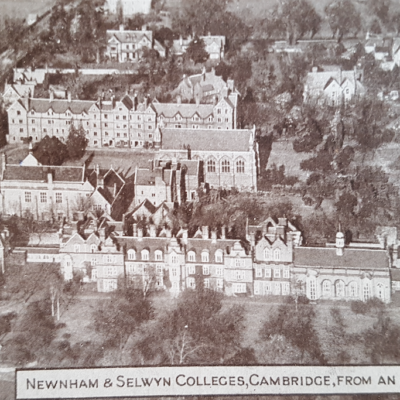 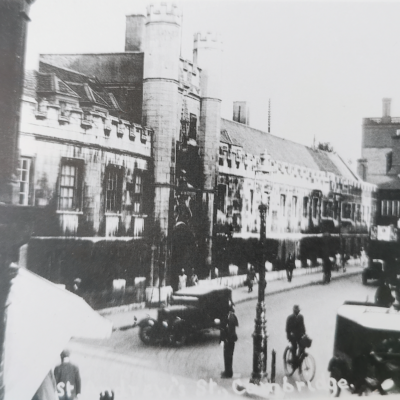