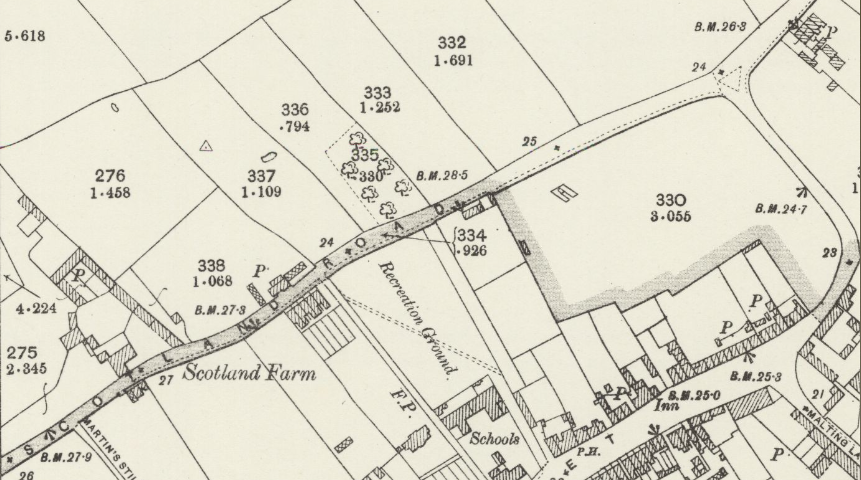 History of house in Scotland Road

A house here is described in the Royal Commission Survey of Cambridge 1959 but is unnumbered and appears to have been later demolished (ed. 2019).

House, on the N side of Scotland Road, 1/4 m. N by E of the parish church, of two storeys with attics, has brick walls and tile-covered roof. It is a 17th century timber-framed structure remodelled in the 18th century when the SW side and the ends were encased in gault brick. 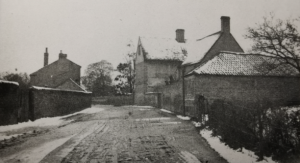 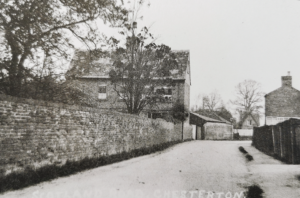 Elizabeth Ablett (b 1824 Cottenham) married John Smith Clements at the Ebenezer Chapel Chesterton  3/10/1848. John was a tailor and draper from Soham.

Sarah Ablett married Henry Mann, miller, at the Ebenezer Chapel 24/7/1849. In 1851 they were living at the Mill House, Ely Road, Chesterton.

The Cambridge Chronicle and Journal (19.4.1856) records that “The defendant, who is a respectable man, is of an irritable temper, and some persons in Mr Ablett’s employment had insulted him, which caused an outburst of temper.  The Rev Mr Smith presiding gave both parties good advice and the case was dismissed.  The defendant shook hands with the plaintiff and they left the court reconciled.”

Finkle Ablett died aged 31. Cause of death was pulmonary tuberculosis and haemoptysis.

After Ann’s death the property in Chesterton was auctioned off. It is described by the Cambridge Chronicle as:

“a comfortable brick and slate dwelling house situate in the centre of the village, together with a stable, chaise-house, premises and garden at the back.  Also six tenements with small gardens and separate lodge and pigsty to each.” 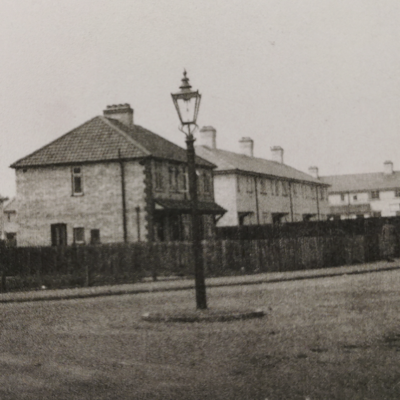 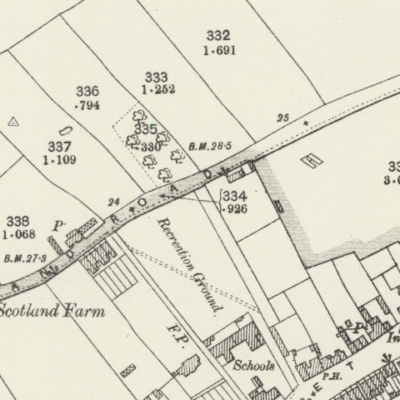 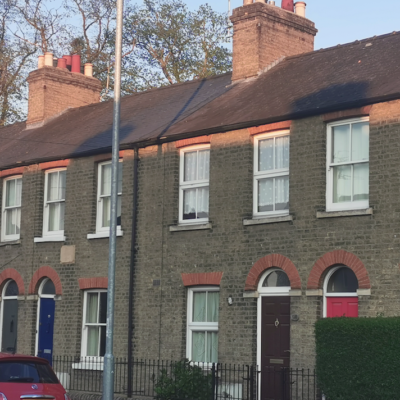