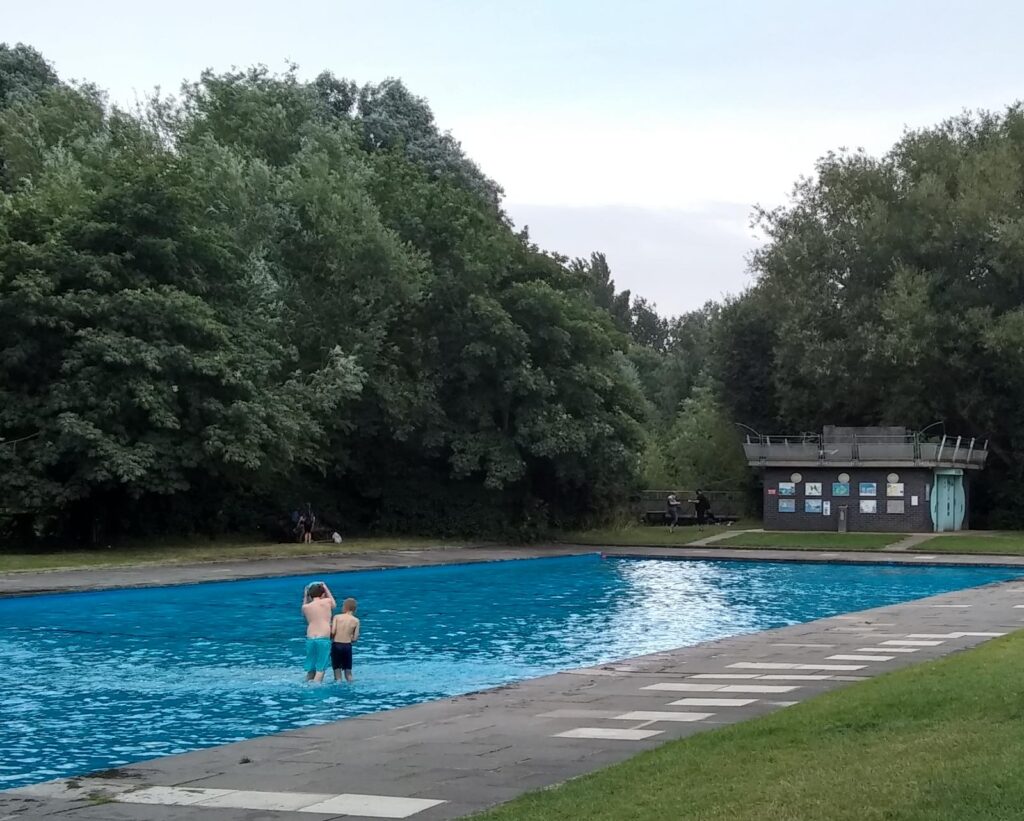 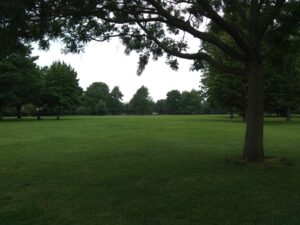 In A House by the River, M E Keynes writes that the word Lammas comes from the old English compound word, hlaf, meaning loaf or bread, and Maesse (mass). The 1st of August … in the early English church [was] observed as a harvest festival, at which loaves of bread were consecrated, made from the first ripe corn. Lammas lands were so called because they were private property until Lammas Day (August 1st) after which they were subject to common rights of pasturage until spring. The change in the calendar in 1752 meant that the Lammas Day fell eleven days earlier. Therefore 12th August (Old Lammas Day) was generally used as the operative date.

There were a number of Lammas lands around Cambridge. Christ’s Pieces are now municipal gardens. The rights of Lammas had to extinguished in 1801 when Downing College was built on St Thomas Leys which had been Lammas land.

According to M E Keynes, the traditions, nomenclature and legal rights surrounding Lammas land are confusing. The Lammas land at this location was variously called the Mill Pasture, Nutter’s or Foster’s Close. The name Mill Pasture suggests that its freehold was regarded as a perquisite of the millers of King’s Mill for their carthorses. The name Nutter’s Close probably comes from the fact that the Nutters ram the King’s Mill for many years. In 1842 they disposed of it to the Fosters after which it was sometimes called Foster’s Close.

Jack Overhill helped M E Keynes with her research by contacting Winifred Nutter or Hills Road. She said that her great father had worked the King’s Mill, and that the Grantchester Mill was run by her cousins, William and James Nutter. the Grantchester mill burnt down in 1928 and the Nutter brothers moved their business to the modern mill at Fulbourn railway station.

In 1899 Professor George Darwin added to his estate at Newnham Grange by buying the Lammas land to the south. There had been a rumour that someone wanted to purchase the freehold to build tennis-courts for hire. He bought the land from Fosters for £200. The new tenant in due course was William Saint, the builder.

A later tenant was Mr Bull, the dairy man in Hills Road. Towards the end of his life George Darwin became interested in archery which he practised on the Lammas land.

In 1951 the Darwin family gave up the Lammas land as no further tenants could be found and hooliganism was becoming a problem. the Corporation agreed to take the Lammas land in return for the freehold of the Little Island and the kitchen garden at Newnham Grange, both of which had been previously leased.

For more information about the history of Lammas Land see: