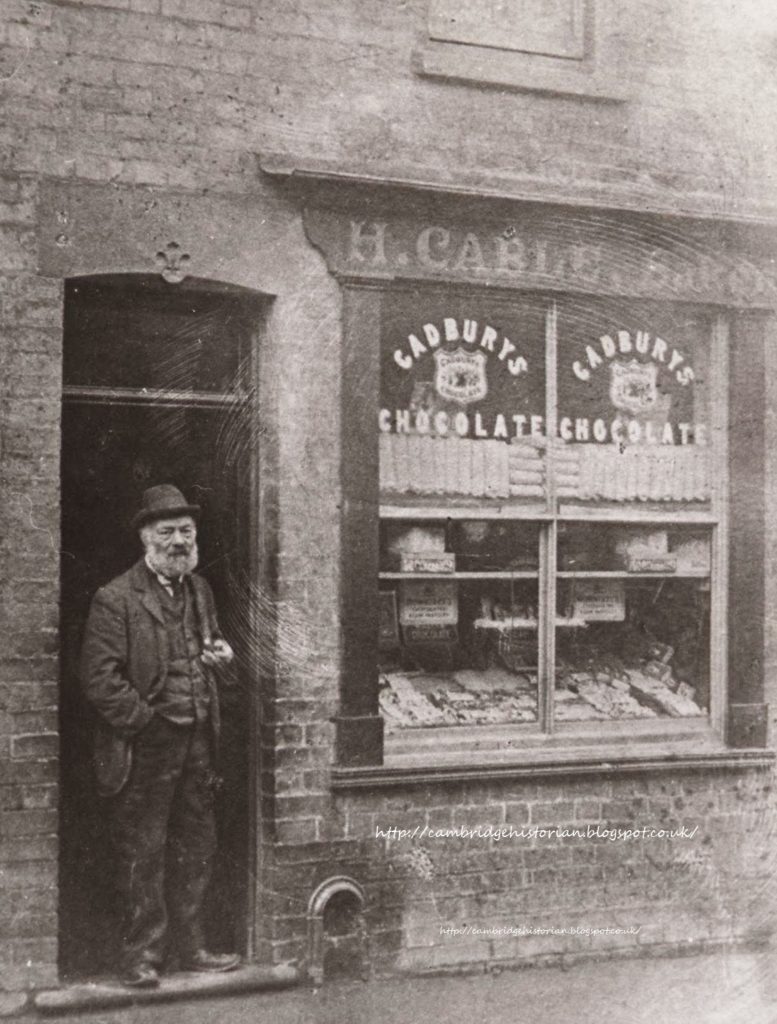 The shop for Mr Cable's bakery at 9 Sturton Street is still visible as a shop frontage; photo courtesy of Cambridgeshire Collection 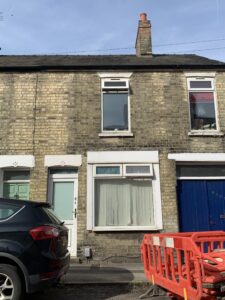 In 1891 at number 9 Sturton Street lived the baker, Henry Cable, for whom we have a photograph in the Cambridgeshire Collection standing in the doorway of the shop which was adjacent to the bakery, and the co-op stables and co-op dairy shop on Sturton Street.

In 1891, Henry Cable, Baker, is listed as Head of the Household, aged 51 living with his wife, Caroline Cable, also aged 51.  Living at home was their daughter, Alice, single, aged 18.  It is not clear if her and her mother were helping the family business by working in the bakery shop.  However, there were two assistants closeby!   On the 1891 census for number 10 Sturton Street we have 5 members of the Naylor family.  Their sons, Robert Naylor aged 21, and James Naylor aged 17, both have the occupation written down of ‘Bakers Assistant’ and probably were recruited directly by Henry Cable because of proximity, and one guesses must have been easy to wake up for early shifts at the bakery as they lived opposite…

In 2003 a lovely memory of the shop was submitted to the Museum of Cambridge by J Barham, great-great granddaughter of Henry Cable who wrote the following words to the museum:

My Great-great Grandfather, Henry Cable lived at 9 Sturton Street and kept a baker’s shop with his wife Caroline. After his death, his grandson Frank Cable continued baking and delivering bread until 1948. He married Ethel Green (who lived with her family at the ‘White Hart’ on the corner of Sturton Street). They had six children (two died). Their daughter Joan was my mother.

When I was a small girl, I often stayed with my grandparents. I spent Christmas 1939 with them while my mother was having my baby sister. The tiny rooms behind the shop were crowded and there were plenty of hazards in the big bakehouse at the back including three buckets of water by the oven in case anything caught fire. One of my first sentences mimicked my Grandad saying, “Mind that water.” I remember a Christmas party in the bakehouse – I was given the fairy from the top of the Christmas tree!

Grandad kept a delivery cart under the gateway and a horse in a stable at the end of the yard. Sometimes I was allowed to ride on its back to the stable. A muck heap stood by the wall next to the stable door and the family lavatory was just behind the bakehouse a few feet away. On dark winter evenings, Grandma would hold my hand and carry a candle to light me to the loo. Toilet paper was cut up squares of newspaper (sometimes cut up by me and threaded on a string.)

Inside the house was one cold tap. I was bathed in a small tin bath in front of the fire with a saucepan of water boiled on the gas-ring and a jug of cold water. They had electricity downstairs but none upstairs until 1944. I took a candle up to bed and lay watching the moving shadows on the wall. I was sleeping there the night that the bombs fell on Vicarage Terrace.

Other Residents of 9 Sturton Street

Jesse Pilgrim lives here with his family in 1881.  The census records him as a 27-year-old  “cook baker & confectioner (pastry)”.  He was born in Great Chesterford, Essex.  His wife, Clara (nee Whiteman), is from St. Neots.  They have two children who were both born in Southsea, Hampshire.  Neville Arthur Whiteman is four and Owen Alfred is two.

The family have a domestic servant, 16-year-old Martha Nicholson.

In 1882 the couple have a daughter called Lottie.

The Poor Law Unions’ Gazette for 28th June 1884, records: JESSE PILGRIM, college servant,  about 5ft 2in in height, black hair, dark eyes, sallow complexion, short stiff build. Wife and three children.  It appears that Jesse has abandoned his family.  Similar notices are made up to October 1884.

Neither Jesse or Clara can be located on the 1891 Census.  Neville, Owen and Lottie are living with their Grandmother, Charlotte Whiteman, at 9 WIllow Walk.  Both boys grew up to serve in World War One.  Neville died in 1918. 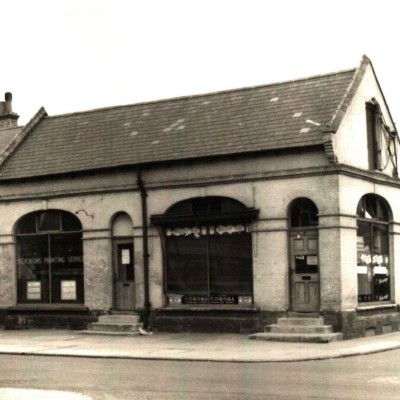