Number 10 is a single property standing between two terraces on the east side of Ainsworth Street.

By 1891 Mary is a 66 year old widow living on her own means. Her Lodger is Rachael Millington, 77, born in Cambridge, who receives Parish Aid.

Hannah Vail is now aged 52 and a Laundress. She was born in Abington, Cambridgeshire. She lives here with six of her children and two boarders.

Catherine Vail is 28 and a laundress like her mother. She was also born in Abington.  Catherine marries baker Edward Flood in 1902.

In October 1907 she complained in the Cambridge Borough Police Court about some young lads committing a disorderly act in Ainsworth Street on 25th September. “she requested the defendants to go away, as her husband, who was a baker, could not sleep. They refused to go.” Her address is given as 25 Ainsworth Street. Cambridge Independent Press 11 October 1907.

Their son, Claude Edward Flood is born in 1908.

On the 1911 Census they are living at 16 Ainsworth Street.

Florence Vail is 25 and a laundress like her mother.  She was born in Cambridge and will also move to number 25 by 1911.  In 1919 she marries widower Joseph Ward at St Barnabas, and by 1939 they are living at Causeway Passage.

Alice Maud Vail is 23 and a laundress like her mother.  She was born Cambridge.  Alice dies in 1905, her residence given as 61 St Johns Park, Islington.  She was buried in Cambridge on 22nd April 1905.

William Henry Vail is 16 and a Printer’s Labourer.  He was born in Cambridge.  In 1911 William is living at The Granville, 19 East Road.

William joined the 3rd Battalion of the Sussex Regiment as a Private in January 1903. He is described as 5’5” with a fair complexion, brown eyes, and light brown hair, with a tattoo on his left forearm.  William served with them until 1909.

In 1909 he appears in court accused of “stealing a silver watch, of the value of 30s, the property of his mother”. His mother appeared in court and stated that “her son had given her a great deal of trouble” and that “he came home drunk the previous day, and went to bed with his clothes on.” He was “constantly stealing her things and she was obliged to prosecute.”  William was unable to find a surety of £5 to be on good behaviour, so the Magistrates sentenced him to one month’s imprisonment. (Cambridge Independent Press 2nd April 1909)

In August 1914 he joined the 8th Battalion of the Norfolk Regiment (he also served with the 7th Service Battalion).  He was wounded three times whilst serving in France, according to his service records, the last of these injuries was a gun shot wound to his head and chest, which he suffered on 30th November 1917 in Cambrai, France.  This is the same day that he was declared missing. He had been captured by the Germans and became a prisoner of war. William was held at Limburg POW Camp, although it is possible that he was moved from there.

The Cambrai operations, 1917 (Battle of Cambrai)

Prisoner of War Record for William.

His mother, Hannah, was told in late December that he was missing, and in January 1918 that he had been captured. William was repatriated on the 2nd January 1919.

On the 1939 register he is living at 3 Bulls Lane in Wisbech and working as an agricultural labourer.

“The funeral of Mr William Henry Vail, who died at his sister’s home, 37 Sturton Street, on Sunday last, took place on Thursday at Mill Road Cemetery. The Rev. P. H. Potter, of St Barnabas, conducted the service. Deceased, who was 55, had been a land worker at Wisbech for 25 years.” (Cambridge Daily News 9th December 1939)

Sidney Vail is aged 14 and a Printer’s Labourer.  He was born in Cambridge. He will move to number 25 with his mother and become a type-founder.  In 1916 he marries Violet Coburn:

“A pretty wedding took place at St. Matthew’s Church on Thursday, when Mr. Sidney Vail of 25 Ainsworth Street, was married to Miss Violet Coburn of Sturton Street. The Rev. Hawtrey May officiated.  The bride, who was given away by her father, was charmingly attired in a grey dress, with hat to match and carried a sheaf of lilies.  She was attended by two bridesmaids Miss Florence Vail and Miss May Impey, and also by Ruby Coburn (niece of the bride) and Claude Flood (nephew of the bridegroom). The duties of best man were carried out by Mr E. Flood (brother-in-law of the bridegroom). The reception was held at 25 Ainsworth Street. The happy couple were the recipients of many useful presents.” (Cambridge Independent Press 5th May 1916)

Claude Victor Vail is aged 12.  He was born in Cambridge.  He will move to number 25 with his mother and will become a compositor. His service records state that he had been employed by Fabb and Tyler of Guildhall Place for six years.

In June 1915 Claude joined the 1st Cambridgeshire Regiment as a Private. He was wounded in the right leg on 14th October 1916 and was admitted to the 18th General Hospital (in Camiers) on the 16th October 1916.  He spent 5 days in the hospital. Thiepval is mentioned, though it is unclear whether that is where the wound occurred or where he would be transferred after discharge.

In 1919 his membership of the Typographical Association is logged in Doncaster.

Claude marries Nellie Edge in 1926 at St Oswald’s in Ashbourne, Derbyshire. By 1939 he is working as printer’s monotype keyboard operator, in Conisbrough, Yorkshire.

This Vail family have moved from number 5 Ainsworth Street.

The Peck family now live at number 10. Ebenezer Henry John Peck is 28 and a house painter who was born in Trumpington. He married Matilda Annie Hayward in 1905. Matilda is also 28 and originally from Harston.

Ebenezer served with the Cambridgeshire Regiment during the First World War.

An article in the Cambridge Independent Press for 5th February 1915, lists E.H.J. Peck as a new recruit for the newly formed “B” Company of the Cambridgeshire National Reserve. It states that this B Company is formed of “old soldiers” “perhaps, in many instances, past the heyday of their youth”, which suggests that Ebenezer has served before.  “The Company will be called upon for service in East Anglia in the course of the next week or so. At present that are quartered at the Corn Exchange.”

The article lists him as living at Ross Street, so they have left Ainsworth Street by this point. Electoral registers show him at 127 Ross Street by 1920.

Frederick becomes a painter and decorator like his father. He marries Rita Craft in 1938 and they live on Marshall Road.

Leslie becomes a University Lab Assistant and marries Lilian Heather in 1931. The 1939 register shows that he is trained for anti gas.

The Electoral registers show Edward and Catherine Flood are living at number 10 during these years. They were living at 16 Ainsworth Street in 1911.

In November 1916 “Edward Flood (40), married, one child, bread baker, 10 Ainsworth Street, was appealed for by Mr Howe on behalf of the employer Mr Loker, who, he said, was in France, on active service… Mr Miller said he did not object to temporary exemption. Six months exemption and leave to appeal again was granted.” Cambridge Independent Press 10 November 1916

In May 1917 “Mrs. Agnes Loker, baker, of 74 Gwydir Street, applied for exemption for Edward Flood (41), married, 10 Ainsworth Street, bread baker, on the ground that he was the only man employed. Exemption was a granted until August 14th.” Cambridge Daily News 15 May 1917

Their son, Claude Edward Flood attended the Higher Grade School and possibly attended the Perse Boys School.  There is a list in the Cambridge Independent Press for 16 May 1919 of the results of an examination for free places at the Perse School.  Claude’s name appears on that list.

Claude marries Hilda Lilian Clarke at St Barnabas on 26th December 1936.  He gives his address as 89 Norfolk Street, which is still a bakery. However, on the 1939 Register he is no longer a baker. His job is unclear, but he is also listed as Full Time ARP. They live at 35 Sturton Street, next door to his parents.

By 1939 the Edward and Catherine are living at 37 Sturton Street. Edward is an ARP.

The Electoral Register show William Whitmore and Cissie (otherwise Sissy) Doris Whitmore (nee Hinson) at number 10. William is around 67 years old (born in 1865) and has been a chimney sweep.

When he was 19 years old, he was charged with “stealing two bags of soot, one bag of chaff, and a quantity of hay and mangel wurtzel, value 8/- the property of Jacob Frohock at Lolworth.” He was sentenced to 21 days hard labour.

Nobody is registered at number 10.

The Battle of Singapore ended on 15th February 1942 when the Allies surrendered to the Japanese.  Ronald was amongst those taken prisoner that day. (The Diary of Brian Oscar Denison – 2nd Bn Cambs.  on COFEPOW.org.uk details events leading up to the 15th and for some days after capture.)

Ronald died on the 7th February 1943. He is buried at the Chungkai War Cemetery in Thailand. COFEPOW.org.uk says “all the men buried in Chungkai perished while working on the infamous Thai/Burma Railway constructed during 1942/43.” and that “At Chungkai War Cemetery in Thailand now rest those recovered from the southern part of the line, from Ban Pong to Nieke – about half its length.”

In 1945 the electoral register shows Ethel still living at number 10. She lives with a Mabel Rollings.

Ethel marries baker Charles Frost Thomas in 1946. Charles was born in January 1918 and lived with his family at 6 Stone Terrace.  Charles served with the 1st Battalion of the Cambridgeshire Regiment.  Like Ronald, he was captured during the fall of Singapore on 15th February 1942.

Charles and Ethel live together at 10 Ainsworth Street until 1963 when they moved to Weston Colville. 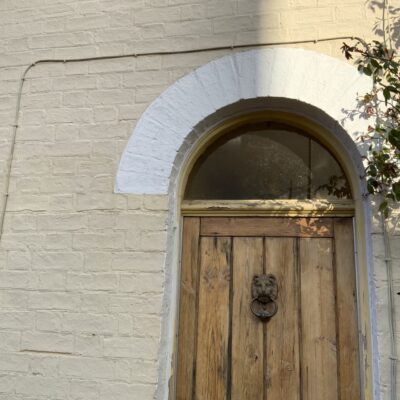 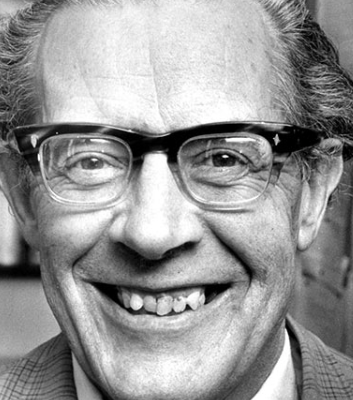