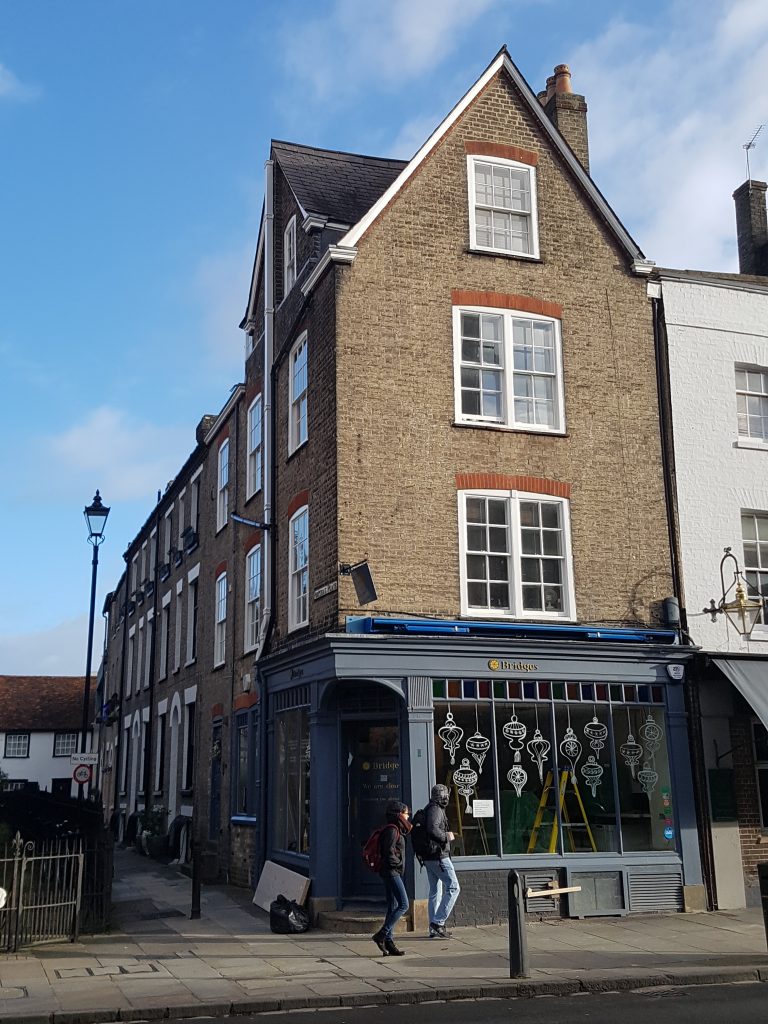 There was a public house house on this site known as the Salutation. It is referred to in an 18th cent. issue of the Cambridge Chronicle.

1853: sold by William Irish to Edward Rist Lawrence (who also owned the site of the Blackmoor Head) for £610 19s. Salutation described as unoccupied but ‘late in the tenure of Messrs Nash and Co, brewers.’ Nash and Co were wound up in 1852.

1876: death of Edward Lawrence. For the executor’s sale this site was divided into two lots numbered 3 and 4. Lot  3 was the old Salutation which consisted of a shop on the corner, a house belonging to the shop which faced over the churchyard, and an adjoining north-facing tenement occupied by a flyman called Topham. Lot 4 consisted of three other small north facing tenements. They were occupied in 1876 from west to east by Dampeir, Randall and Jones. Both lots were bought by the fishmonger William Barton. He replaced the tenements with what became Nos 1 and 2 Portugal Place.

In 1981 Paul Carter remembered that Wilsons, run by Mr Matthews, used to sell 10 assorted cigarettes for 2d, including Turkish and Russian ones.