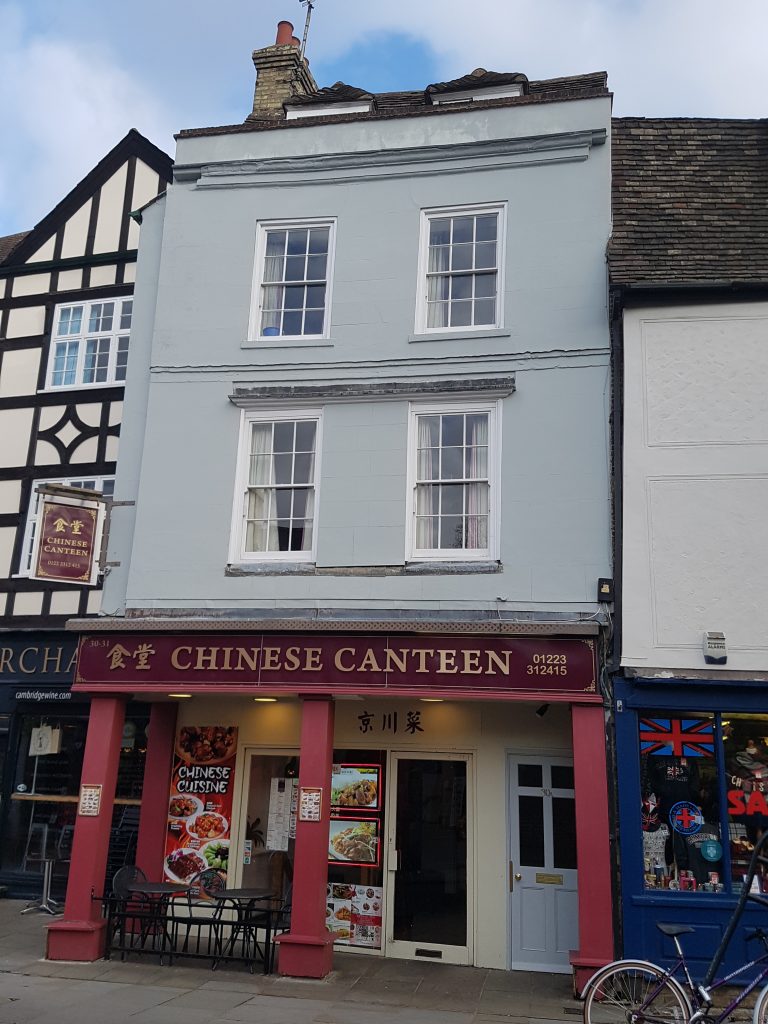 1959 Royal Commission on Historical Monuments Survey of Cambridge: built in the first half of the 18th cent. The ground and first floors have been altered. The street-front, of brickwork faced with stucco, has a shop-window of c. 1900 occupying the whole of the ground floor and a large window of c. 1840 on the first floor.

c.1355: the property was given to St John’s hospital

1666: John Hills has by now transferred leases to son-in-law Nicholas Tabor I

1668: leases on both properties renewed

1677: Nicholas I died and his will mentions two houses which must be nos. 29 and 30, namely, ‘the Crowe wherin lyeth Moses Griggs and the Peacock wherein lyeth …. Griggs.’

1700: lease granted by Corpus to Edmund Glenister of Royston with Andrew Riches as occupant at no.30

1874: when colleges had to declare the property in Cambridge they owned, Corpus declared no. 30 and St John’s declared no. 29. However, there was clearly some confusion between the colleges as to the identity of the properties concerned! 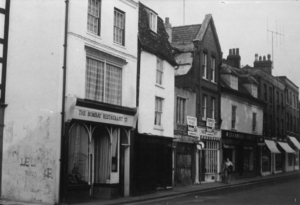