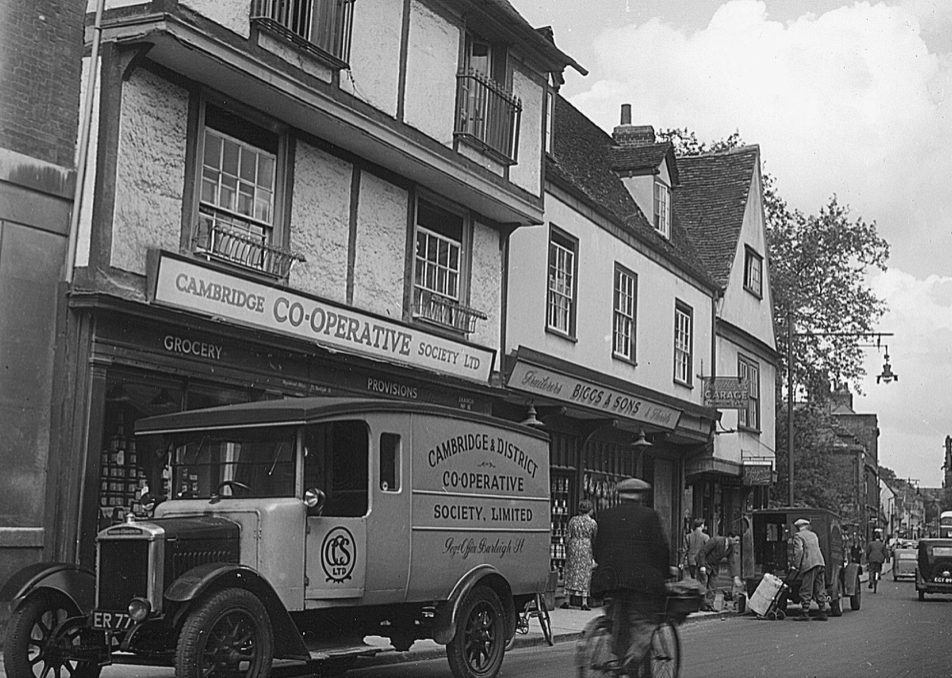 Cok the Jew. The property would have escheated to Queen Eleanor following her exile of the Jews from Cambridge [and other towns] in January 1275.

Antiquarians may regret the disappearance of some of the older buildings, in particular the picturesque dormers at St John’s Street corner. No.48 is quite a good one. It is notable for the rings under the eaves of the roof. Before the Co-operative Society, Percy Frohock had it as a shop. The buildings beyond formed the front of the Old Red Lion with the entrance in the yard between. Of late years only a small part of the premises was used as a tavern. Dick Turpin is said to have frequented the Old Red Lion. We shall be sorry to see these picturesque gables disappear [J.H. Bullock. Bridge Street – Cambridge Public Library Record, 1939]