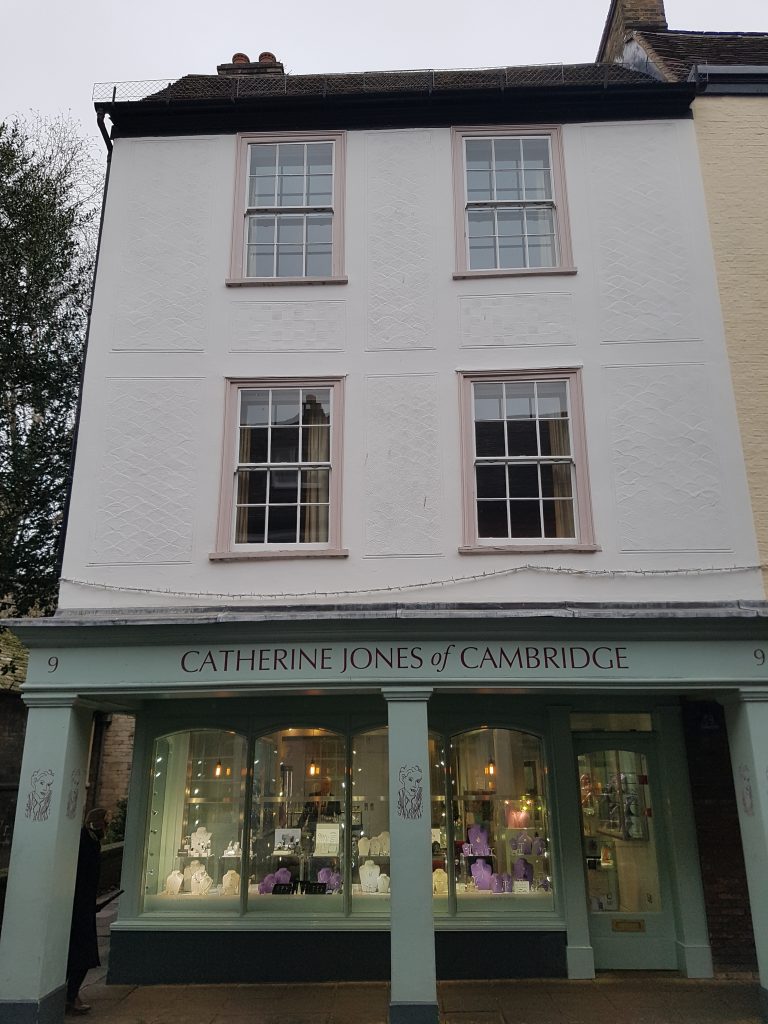 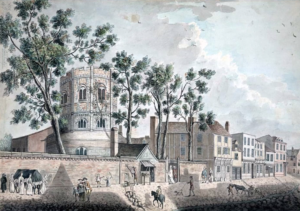 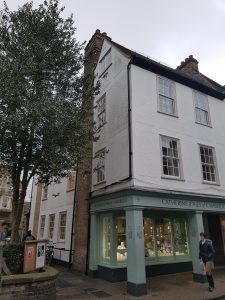 1959 Royal Commission on Historical Monuments Survey of Cambridge: of three storeys with cellars and attics, has plastered timber-framed walls, with some clutch in the cellars, and tiled roofs. It is L-shaped on plan. The street range has 16th cent. cellars, but above ground it is an 18th cent. rebuilding. … the cellar under the NE range contains a 16th cent. door with linenfold panels … the house contains many reset lengths of 17th and 18th cent. panelling and several panelled doors of the same periods.

George Wallman died in hospital on 18th January 1862. He was a member of the 8th Volunteers and it was the first death of a member since the corps had been formed. Josiah Chater records in his diary how on 20th January he:

went on the Hill and mustered the men and then marched them off to the Corn exchange where I put them through the funeral exercise and rehearsed what we intend doing tomorrow.

On the following day,

At 12 the firing party met at the Corn Exchange just to have half an hour’s drill, and at 1.30 the Corps met and we marched down to Flack’s in Bridge Street where the mortal remains of poor George Wallman lay. On getting into position the procession, to the sund of a muffled drum roll, marched off to the cemetery on Mill Road where we congregated 3 or 4 hundred people. the afternoon was very fine and there was a tremendous lot of lookers-on. Our chaplain Mr Hadley [Augustus Hadley St John’s College] officiated and a very solemn ceremony it was. At the conclusion 12 men fired 3 volleys over the grave and after leaving the ground we marched home by Regent Street, playing a variety of lively tunes, and dismissed on the Hill. I was the only officer there. 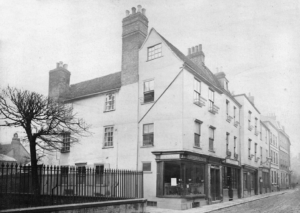 Sydney A Elwood (Round Church house)