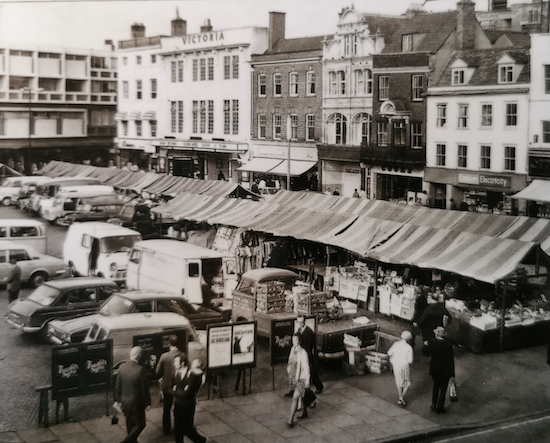 Former Victoria cinema, 1931 by Hoare and Wheeler. Use to have spectacular Expressionist interior.

1875: around this time a small Dramatic Club inspired by William Beales Redfern was founded and performed plays in the Victoria Assembly Rooms. Redfern was an artist and became very interested in scene painting for the theatre. The theatre group was known as the Bijou Amateur Dramatic Club. Although Redfern always claimed Scottish ancestry he was born and grew up in Cambridge at 1 Sidney Street, son of a robe maker and in the 1861 census he is described as an animal painter. In 1882 Redfern purchased the old St Andrew’s Hall and a few years later built a new theatre at the location. (F A Keynes)

7/4/1911: Roller Skating Extraordinary. Last evening at the Victoria Rink on Market Hill, Monohan, the most remarkable skater in the world, gave an exhibition which evoked the greatest admiration. He performed many original turns, such as the candle maze, waltzing with a life-sized doll and concluded his wonderful display by jumping over five chairs. (Cam.News)

11/8/1911: The Cambridge Electric Theatre Company applied for a cinematograph licence to show inflammable films at the Victoria Assembly Rooms on Market Hill. Only non-inflammable films are currently used but these do not give as clear a picture. The lantern chamber was situated outside the building and was fire-proof with iron shutters to block the two openings in the wall. The hall could seat 280 and be cleared in less than two minutes. But there was no back exit and magistrates refused the application (Cam.News)

27/8/1915: Electric Theatre refurbished & reopened as Victoria Cinema. A.J. Pointer applies for cinematograph exhibition at the Victoria Cinema … had held licence for music and dancing since April and for four years the premises had been used for cinema shows under a music and dancing licence. As intended to show some recruiting pictures which used inflammable’ films was necessary to obtain formal licence. Floor had been lowered, main gangway 4ft wide. The film chamber built outside main building with automatic shutters, could be emptied in less than two minutes (Cam.News)

28/8/1931: The new Victoria Cinema on Market Hill, Cambridge opens today. The auditorium is an example of complete harmony between the architect and the decorative painter. No architectural enrichment is applied to the walls, which remain for the most part in darkness, but when the space is filled with light a gorgeous flow of rich colours rises like waves from the back of the house to reach a climax in the rich proscenium curtain of crimson and gold. (Cam.News)

4/9/1931: Cambridge’s new Victoria Cinema possesses a theatre organ of the most modern type, a three manual Christie built by Messrs William Hill and Norman and Beard who have been responsible for many of the finest cinema organs in the world. It is placed on one side of the proscenium in two specially constructed chambers which house 2,000 wooden and metal pipes each of which has been ‘voiced’ by an expert. In the centre of the orchestra pit, placed on an electric lift, is the beautifully decorated console from which the entire organ is controlled. (Cam.News) 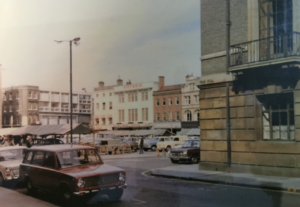 26/6/1987: The Victoria Cinema site on Market Hill is to become a Marks and Spencer store following an Inspector’s decision. M & S is planning to put up a completely new building behind the existing
faqade and the store will also stretch into the shoe shop next door. Refusing permission would not have saved the cinema as the owners wanted to sell the property. But planners fear traffic chaos unless
the firm is responsible about deliveries: they can as of right bring huge great articulated trucks down Bridge Street and Trinity Street in the middle of the working day if they so wish. (Cam.News) 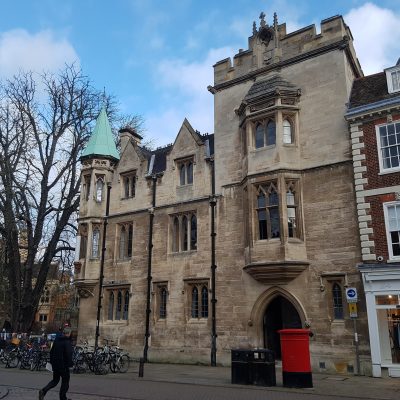 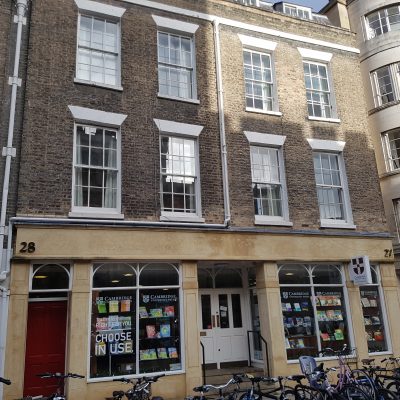