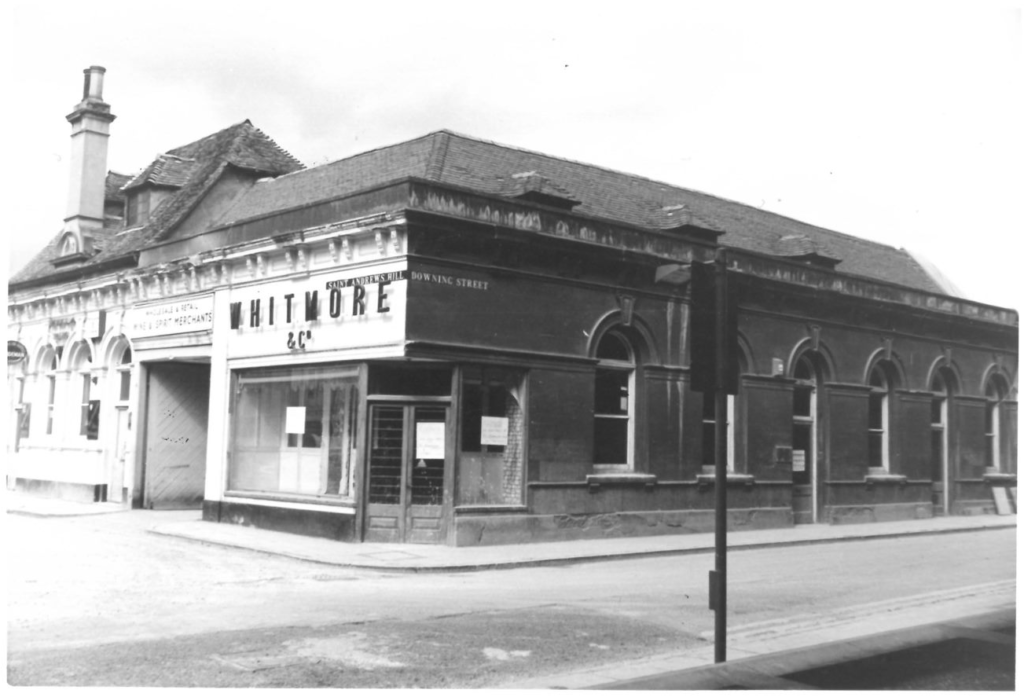 St Andrew’s Hill had vanished under the Grand Arcade complex by the end of the 20th century.

It originally ran from opposite the Geological Museum in Downing Street NNW until it joined with St Tibb’s Row which continue almost due north towards the site of the old Post Office.

House no. 4 and shop no.3 and warehouse adjoining on the south, the last behind the premises of Messrs Barrett and Son, china and glass dealers, 25 St Andrew’s Street, the three forming a domestic’s and business unity…… Barrett’s warehouses in Jesus Lane were offered for sale as building materials in 1831 and R Barrett was ‘of St Andrew’s Hill’ in 1836. Probably therefore the present group was built c. 1830.

Houses, nos. 9 and 10, on the corner of Tibb’s Row and extending towards Corn Exchange Street …. the plan suggests a 16th-century origin. the earliest of the additions to the W is of c. 1700. The wing, probably once a separate building, is of the 17th century. The whole was remodelled and the main range refronted early in the 19th century, probably by Charles Humfrey and in 1818 when the ownership of the land on which two porches were being built was in dispute. Humfrey evidently established his right, for the porches survive and the space between them is enclosed by railings.

M.L. and I went over the two dilapidated houses, gardens and 6 cottages belonging to 2 unfortunate maiden Ladies of the name of Bones who have just been removed to Bedford Asylum. Their relation (Mr Michael Headly) kindly showed us over the place: it was a melancholy exhibition: the 6 cottages were all dismantled, the gardens become a wilderness: the house in St Andrews St had never been finished, they having quarrelled with their Architect:- the house facing the Pig market was where they lived. They fancied everything was poisoned: they used to throw aside their bread after smelling to it: we saw at least 60 loaves of bread in different closets, many wrapped up in paper an dated, the greater part mouldy and hard: they had fastened down the register to their stove, tying it to the top bar, because they thought there were spies in the chimney: they did not venture to speak to each other lest they be overheard by the spies, but wrote down their thoughts on slates: they slept in the same bed: they spoke to persons from a pannel in the bedroom window: they had no servant but an occasional charwoman; they had had not changed their linen for weeks nor see the said charwoman: the elder of the 2 sisters had more than £1000 about her when taken away: they resisted very much (as might be expected) when taken away, and fled from room to room: their little dog defended them stoutly and bit the Policeman. The house and cottages that were unoccupied would let for more than £150 p.a.” in one of the gardens was the old decayed chaise of their Father (an Attorney) ….. [John Bones died in 1813 and is commemorated in a memorial tablet on the north wall of Great St Andrew’s Church.]

The story of these two sisters who lived at 7 St Andrew’s Hill was retold by Enid Porter in the Cambridge News of 31 January and 7 February 1964. 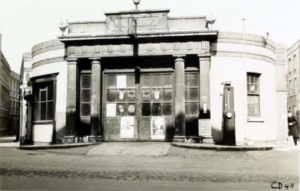 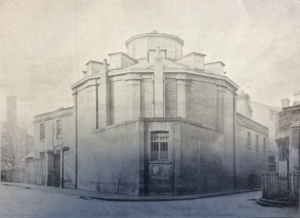 A rollerskating rink was opened in the old Corn Exchange.

Rollerskating in Cambridge – over 140 years of it 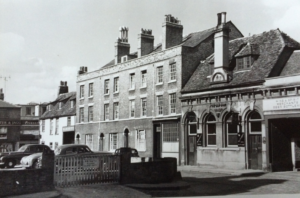 Barrett and Son, wholesale and retail glass, china and hardware