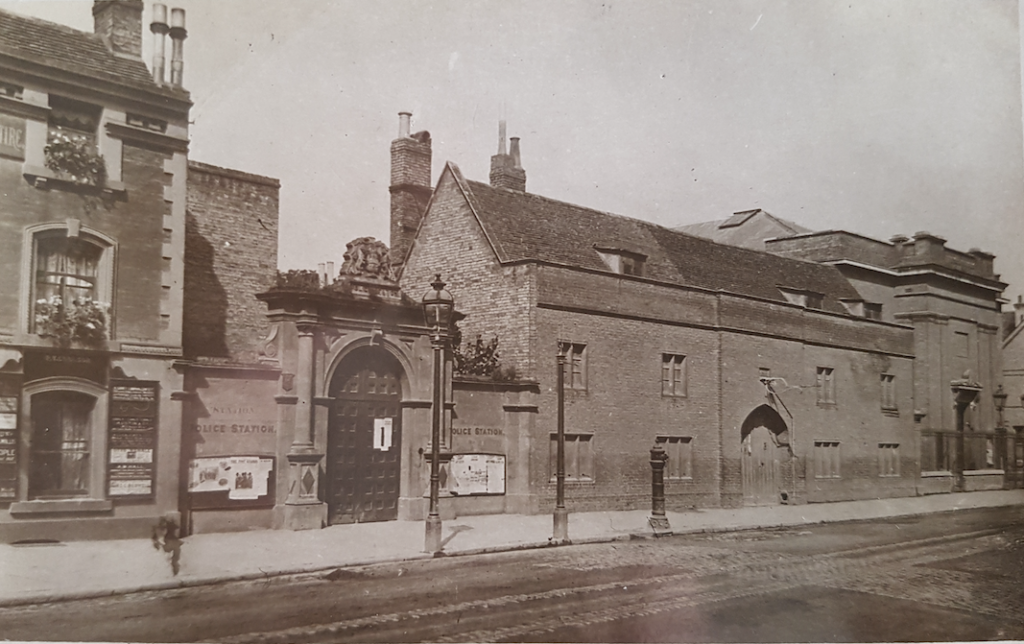 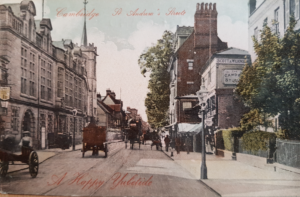 The description of the property in the indenture of feoffment by which Thomas Hobson conveyed the property to the trustees is:

“a messuage and tenement, dove-house and the site of a dove-house, a barn, and all houses and edifices then built upon the farms, gardens, curtilages, courts and grounds thereunto belonging, with all their appurtenances, in the parish of St Andrew, without Barnwell-gate in Cambridge.”

The deed seems to imply that some kind of “poor-house” had already stood on the site. (See Outside the Barnwell Gate, Stokes, 1915)

Yet, it does seem that employment was found at the location specially for ‘combers of wooll’ and the weavers of the town, and that several of the keepers of Hobson’s Workhouse are described as ‘woolcombers’ and ‘worsted-weavers.’ In an old Cambridge newspaper (Cambridge Chronicle, quoted in Cooper’s Annals iv p.441) it is stated that on 3/2/1791, ‘the wool-combers of this place rode through the principal streets in grand procession, attended with flags and martial music, in commemoration of Bishop Blaze.’

The 1831 New Guide to Cambridge has this description:

Hobson’s Workhouse, usually called the Spinning House: being a plain brick edifice with stone dressings to the window etc. The interior is divided into wards, after the manner of a prison, it being used for the confinement of disorderly persons of both sexes, committed by the University or town authorities.

This workhouse was founded by the benevolent and eccentric Thomas Hobson, the carrier, who by deed of gift dated 1628, conveyed the site etc to trustees for the erection of a House of Correction, for unruly and stubborn rogues and beggars, and other poor people who should refuse to work, and for providing a stock of wool, flax, and other materials. In 1630, £500 the residue of then money collected for relief of the sufferers by the plague, was appropriated to this building, as were also the rents and profits of Jesus Green, which was to be authorised to be let for ten years, and Hobson, by his will the same year, gave 100l to purchase lands for its endowment, and in 1632 and 1634 the trustees with this and other monies, amounting together to 900l purchased lands at Cottenham, Willingham, Over etc…..

Carter’s History of the County of Cambridge, commenced in the middle of the 18th century, states:

The Bridewell (called by the inhabitants the Spinning House) is pleasantly situated near the fields at the south end of the parish of Great St Andrew’s, and is chiefly used for the confinement of such lewd women as the proctors apprehend in house of ill fame; though sometimes the Corporation send small offenders thither, and the crier of the town is often there to discipline the ladies of pleasure with his whip.

For more information on the Spinning House which was demolished in 1901 and replaced by the police station, designed by architect John Morley,  see:

Also on this site for a while was the town gaol. In 1788 the town gaol was removed from the old building adjoining the town hall, called the Tolbooth, a to a newly erected edifice in the old lane now called Downing Place. This building, which stood at the back of the Spinning House, opened by a large gate into the main street, just south of the Workhouse. The new gaol cost the town £911 10s. In 1827 royal assent was given for a new gaol on the south side of Parker’s Piece.

Proposal to turn the Spinning House in Cambridge into a hospital. 1840.

Josiah Chater witnessed the rescue of a girl from the Proctors:

There was a great row in the street this evening with the Proctors. They had taken some girl, but the townsmen had rescued her and were hooting the Proctors.

1860 January 13th: The diarist Romilly records in his diary: The Vice Chancellor told me of a capture which the Proctors made at 7 in the Evening of an omnibus on its way to Shelford (I think) where there was to be a dance: the omnibus contained 5 young women and 2 gownsmen (sons of Graham of Hinxton): the females were all lodged in the spinning house: they were not of the lowest class, but one of them had been there before: – the Vice Chancellor has received indignant letters from London saying the girls were innocent milliners going out for a lark …….

Romilly’s editor writes: On 30 January 1860 Proctor Blore received a letter signed by ‘An Inhabitant of the Town’ which led to the stopping of an omnibus near Parker’s Piece before it left for a party at the de Freville Arms in Shelford. Emma Kemp, who had taken her fourteen old sister with her, was then committed by the Vice-Chancellor to the Spinning House for a fortnight, but pardoned after five days as the master of Corpus vouched for the respectability of her mother. This case was to be given wide – and from the University’s point of view – undesirable publicity for many months. Reports in the London press in December and January 1858-9 had provoked protests from parents about the University’s lax reaction to fornication with prostitutes, but now the Town, long suspicious of the Vice-Chancellor’s 350 year-old power to commit to prison ‘common women and others suspected of evil’ arranged for Emma Kemp and Sarah Ebbon, another of the girls, to bring actions for wrongful imprisonment against him. It was the first time the University had been called into court in this matter. the case, eventually heard on 30 November before Lord Chief Justice Erle, was said by one of the Q.C.s opening for Emma Kemp to be ‘of extreme importance to the liberty of Her Majesty’s subjects’. Fitzroy Kelly for the defendant, thought the protection of young men entrusted to the care of the authorities of the University of even greater importance.  ……. The jury found that the Proctors had reasonable grounds for suspicion but that the Vice-Chancellor should have inquired into the plaintiff’s character. Damages of £25 were then awarded to the plaintiff, but the Lord Chief Justice stated that ‘in my opinion it is an improper verdict’ and that there must be further discussion since ‘the case is not decided‘.

Those involved in the incident were:

The report in the Cambridge Independent Press 8th December 1860:

Romilly wrote 12th June 1861: The Vicechancellor was highly delighted at having received a Telegram upon ‘the Proctorial Question’: the Judges having decided in favour of the University on all point: hurrah!

Romilly’s editor writes: the case was at last brought to an end by a tortuous summing up by Lord Chief Justice Erle who decided that the finding for the plaintiff Emma Kemp should be set aside, and a verdict entered for the defendant, and that the same decision must apply to the other parallel case of Ebbon v Neville. However the University had scented danger and subsequently decided to overhaul the procedure in Spinning House cases. 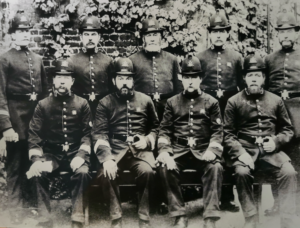 1891: Daisy Hopkins was sent to the Spinning House for 14 days on the grounds of immoral behaviour with an undergraduate. This sparked a furore and a well publicised legal case. For the newspaper report see Gold Street. 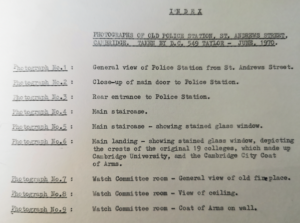 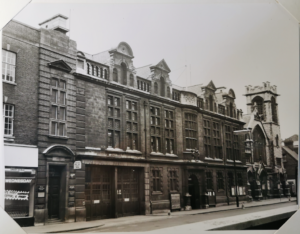 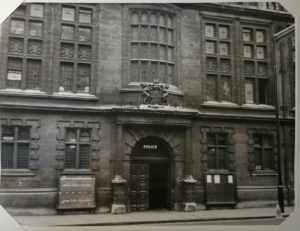 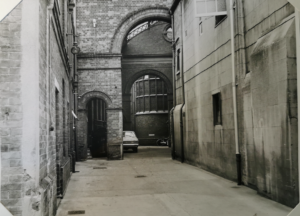 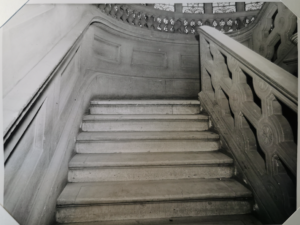 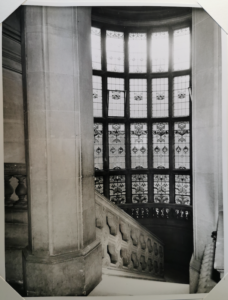 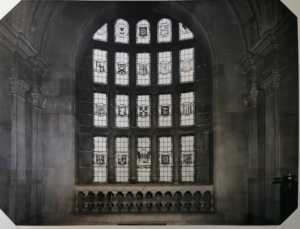 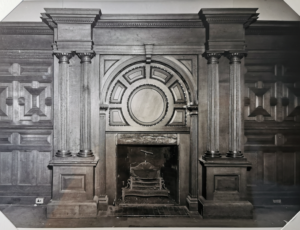 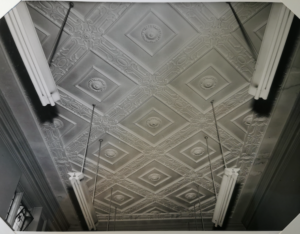 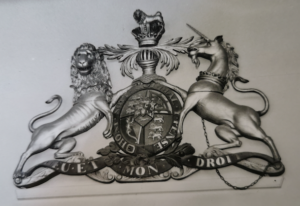 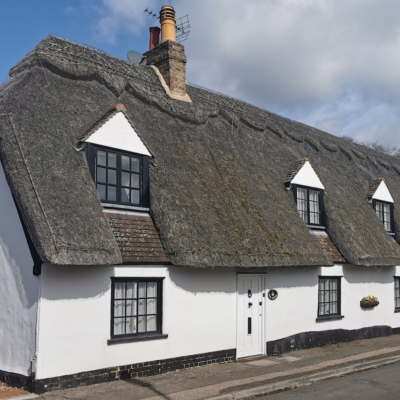 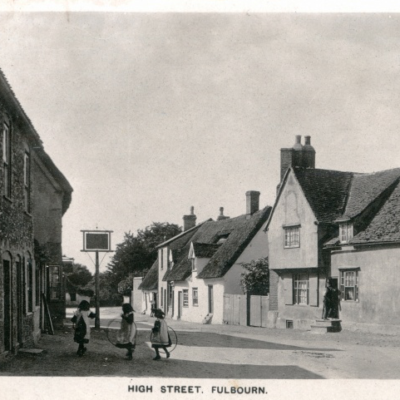