The website of Madingley Hall can be found here:

Colonel Thomas Walter Harding was High Sheriff of Cambridgeshire in 1904. He was appointed High Steward in 1907. 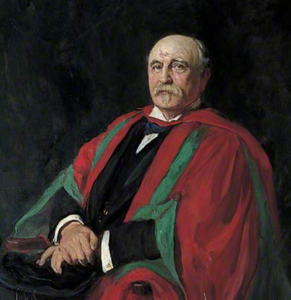 1927 On the death of Col. Harding, Rosamond’s father inherited Madingley Hall, a magnificent mansion built c.1543, which then became their family home. Here she was in her element, enchanted with the Elizabethan surroundings, lovingly restored by her grandfather. She had previously visited many times. When Col. Harding held a Elizabethen Ball some years before, Rosamond came in the character of a page to her mother Adela, who acted the part of Queen Elizabeth – recreating the atmosphere of Tudor England. Madingley was now Rosamond’s home, and living there had a profound effect on her outlook. At this time, though she had no qualifications of any kind, she began research for her Ph.D., financed by her father, and tutored by Prof. Edward Dent.