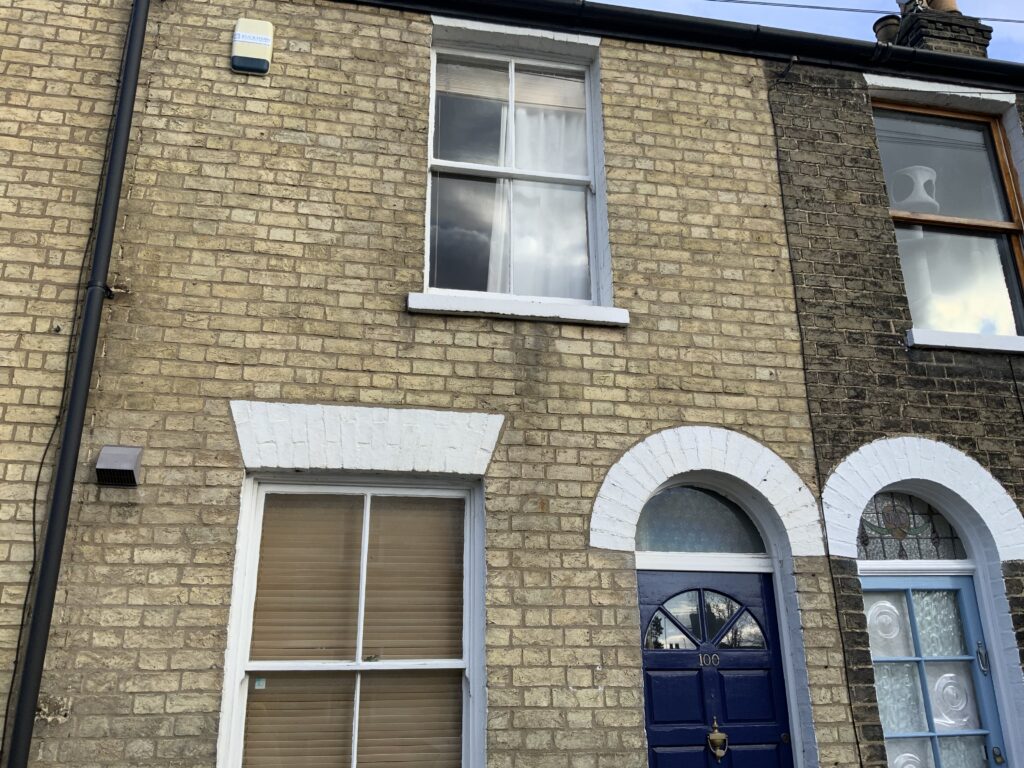 Number 100 is one of a group of five houses on the east side of Ainsworth Street.

Ethel Simpson, aged 30 is married to George Simpson, aged 32, whose occupation is described as Signalman with the Great Eastern Railway. This meant he controlled the signals and points to determine the route trains would take.

They have four children, three daughters and one son. The eldest child, a daughter, Ethel, aged 9, has the same first name as her mother, and is described as a ‘scholar’ which means she was attending school. Her younger siblings were called Nellie aged 3, Elsey aged 1, and a baby boy aged 7 days not yet named! Finding the family on the 1901 Census shows us that the baby was called Frederick.

Also, living at the house was Frederick Hawes, a lodger, aged 20, whose occupation was a Cleaner on the Great Eastern Railway. This would have been a very poorly paid job, working long hours scrubbing train carriages clean.  Lastly, there was a nurse listed, Maria Levett, aged 70, a widow. She is not a paying member of the household, as unlike Frederick Hawes she is not described as a lodger, but as nurse, it is likely she has joined the household to help with the birth of the new baby.

Thomas and his family moved here from Gwydir Street, having previously lived at 52 Sturton Street.  He died here in 1909 and is buried in Mill Road Cemetery with his wife Sophie, and three of their children, Ellen, Annie and Elsie.

Joseph and Jessie seven years married and have two children.