A Baker in trouble with the law and Parren's Dairy

Number 8 is one of a terrace of three houses on the east side of Ainsworth Street.

In 1881 Edward Ambrose Ingrey, a baker from Bedfordshire is living here with his wife Mary (who was born in Norfolk) and their 1-year old daughter Ethel. The couple have two more children born in Cambridge, and then move to Bedford by 1884. Edward is declared bankrupt in 1887. In 1889 their eldest son, William, drowned when he fell into a river.

On 2nd February 1900 Edward is tried at Shire Hall Court in Bedford for assaulting Florrie Ingrey. He is sentenced to 15 months hard labour. He had been in trouble with the law on various occasions prior to this: obtaining potatoes under false pretences and obtaining credit by fraud, both in 1899.

He’s back in court again in November 1901 to show cause as to why he wasn’t contributing towards maintenance of his son in the Reformatory. Edward agrees to give a shilling a week.

In 1891 27-year-old dairyman and grocer Alfred Parren from Earith lived at no. 8 with his wife Priscilla (nee Harradine) who is also 27 and assists her husband. They have a 1-year old son called Bertram William. The family remains at no.8 for many years.

1916 Bertram goes to war, gives his address as 8 Ainsworth Street. He joins the Suffolk Regiment, Machine Gun Corps. At first, he gives his next of kin as Alfred, but later it becomes Daisy and he’s moved to Willis Road

By 1939 Bertram is head of the household at number 8 with his wife Daisy May (nee Murkin). He is a Dairyman. His daughter Audrey is a typist and Marjorie is still at school. Alfred and Priscilla are living at Marshall Road in 1939. 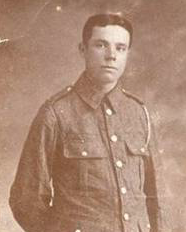 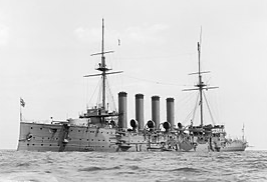