Railway workers, Barnwell Schoolboys and a new life in Queensland

Number 6 is one of a terrace of three houses on the east side of Ainsworth Street.

Painters labourer John Ellis Jaggs lives at no. 6 with his wife Eliza (nee Clayton) and three of their children.  Martha is 20 and a dressmaker, George is 15 and a House Boy. The youngest is 4-year-old Hilda. The family is from Fulbourn. They also have a lodger, Henry W. King, who is also from Fulbourn. By 1901 the family (and the lodger) have moved to Melbourn Place.

In later years George will become a painter. During WW1 he serves with the Royal West Surrey Regiment and in the Middlesex Regiment, 326 (Home Service) Labour Company.

George is buried in Mill Road Cemetery with his wife, Fanny. 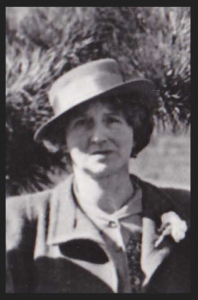 Hilda Jaggs in later life. Used with permission from her granddaughter.

James Thomas Howlett, Railway Fireman, has moved to no.6 from no.22, with his wife Mary Ann and their now nine children:

Albert Edward (19) is a boiler maker on the Great Eastern Railway in 1901. He moves to Nottinghamshire, marries Maria Tebbett in 1907 and becomes a boilersmith for the GNR. In 1918 he joins the National Union of Railwaymen.

Arthur Robert (17) is an Errand Boy in 1901 and a Hotel Porter in 1911. Arthur served as a Private in the Suffolk Regiment, 2nd Battalion. He died of wounds in France and is buried in Dive Copse Cemetery.

James Frederick (13) is an Errand Boy in 1901. He joins the Amalgamated Society of Carpenters and Joiners in June 1910, but in 1911 he transfers to Brisbane. James marries Catherine Milligan in 1913 and they live in Townsville, QLD. In 1933 he stands for Alderman of Townsville.  He died in 1948 – Obituary in Townsville Daily Bulletin.

Henry John (11) is an Errand Boy in 1901 and living with his brother Albert as a wood machinist in 1911. During the First World War he joins the Royal Engineers as a Sapper.  In 1917 he qualifies as a superior carpenter and marries Hannah Hawkes at the Congregational Chapel in Chesterton.

Percy Wilfred (8) attended Barnwell Boys School between 1902 and 1907.  He is a plumber in 1911. During World War One he serves with the 228th Field Company of the Royal Engineers as a Pioneer. He died in Belgium on the 9th August 1918, his memorial is in Vis-en-Artois

Reginald Donald (2) attends Barnwell Boys School between 1905 and 1912.  He marries Hilda Brown in 1923. By 1939 Reginald and Hilda are living at Hillside Farm in Foxton with his brother Henry.

By 1911 James and Mary have been married for 34 years and ten of their eleven children are still alive. Arthur, Percy, Ernest, Reginald and Amy are still living at home. Sarah Ann is now a Woolnough and is living with her parents with her three children, Edith, Galadys and John.

Electoral Rolls and Kelly’s directories show Percy and Iris living together at number 6 until Percy dies in 1958 aged 54.  He is buried in Cambridge City Cemetery. 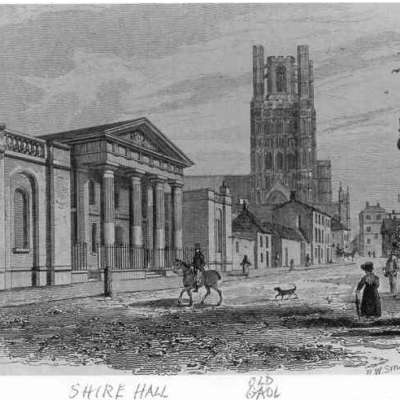