Number 15 is one of a terrace of four houses on the west side of Ainsworth Street.

Electoral Registers show James Thompson resident at this property between those dates.  The 1881 Census records that he is a 35-year-old carpenter and joiner, originally from Great Thurlow in Suffolk.

He is married to Mary, 41, from Haverhill.  Their eldest child, 10-year-old Frederick was also born in Haverhill, he is a scholar.  The other four children were born in Cambridge. Herbert W. is 8, James S. is 5 and Jane is 3.  They’ve all been recorded as at School.  The youngest is 7-month-old baby Ellen A.

The Melton family live here from 1890.  The 1891 Census shows Sidney James (25), a carpenter originally from Rougham in Suffolk as head of household.  His wife, Sarah Elizabeth (22) is from Waterbeach.  They have two young children, Albert Sidney aged two and Mary Gertrude Mabel aged one.

Electoral registers show the family here until 1896 and the family move to number 4 by 1897. On the 1911 Census they’re living at 48 Gwydir Street.  It records that they had eleven children, seven of whom are still alive.

Edward Ladds, from London and his new wife Priscilla, from Wretton in Norfolk. They married at St Barnabas in 1900. Edward doesn’t list an occupation on this Census. The Electoral Registers suggest he is resident here until 1907 and in 1908 the couple are living at 20 Stone Street.  By 1920 they are living at 29 Ainsworth Street and then at number 2 from 1926.

Between 1908 and 1911, the Electoral Register shows a William Northfield living at the property.  This is probably the William Northfield, aged 50 in 1911, a disinfector for the Town Council, who previously lived at Gloucester Place and is living at 186 Sturton Street on the 1911 Census.

William James Jackson and Evelyn Jane Palmer married in 1909.  On the 1911 Census it shows William, 30, working as a coal merchant. He was born in Lambeth.  Evelyn, 28, is from Chesterton.  They have one child, 2-year-old, Annie Elizabeth who was born in Chesterton.

William’s widowed mother, Francis Jackson, 72, is living with the family.  She was born in Kirtling, Newmarket.

1918 – 1922 James Bertram Walker and his wife Minnie Alice (nee Stratton) are registered as living at number 15. They moved to 85 Searle Street and were there at least until 1939 where a note on the 1939 register says that James is working as a Grocer and was an ARP Warden in World War 2.

1922 – 1934 Harold Leonard Pollendine and Olive Alice Bull married in 1921 and by are resident at the property.  Harold grew up on Russell Street and joined the National Union of Railwaymen aged 16, he was a railway porter.  They show up on the 1939 register living on Ross Street, Harold is now a passenger guard on the railway.

From 1935 until at least 1966 May and William Edward James Collings live at 15 Ainsworth Street.  May’s maiden name was Cockerton, and she grew up next door at number 13.  William is a general labourer, they married in 1926.

William served in the 1st Suffolk Regiment during World War 1. 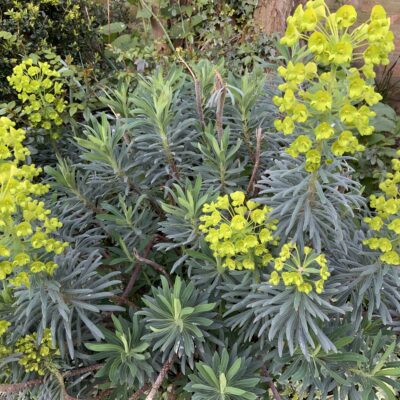