A Railway Inspector and a Boot Maker

Orleans Terrace – number 50 is one of a terrace of six houses on the east side of Ainsworth Street, built in 1877.

Charles A Hines, 7, Scholar, b. Cambridge

Head of Household in 1891 is John Bagstaff.  He’s aged 60 and a widowed boot and shoemaker originally from Norwich.  His wife, Lydia died in Norwich in 1871.  The family then moved to Cambridge, living in Cross Street during 1881.

His daughter Ellen, 36, is living with him.  She works as a plain sewer of shirts.  Ellen was also born in Norwich.

John’s Grandson, Charles Bagstaff aged 12, is also living with them.  It is possible that Charles is actually Ellen’s son as the 1911 Census says that she’s had two children.

Lodging with the family at number 50 in 1891 is Sarah Cobbold aged 83 from Burwell.

Ellen stays at number 50 and appears on the 1901 Census as a 46-year-old dressmaker.  She has a two year old son called Bob Bagstaff.  She has taken in a couple of boarders, William Anderson, 34, a Corporation servant and Tom Taylor, 33, a tallyman. (The Victorian Occupations website states that a Tallyman is
‘someone who sold goods that were paid for in instalments’)

Ellen has moved to number 12 Ainsworth Street by 1911.

Ethel May Darler, 27, b. Cambridge

Frederick and Ethel are 3 years married and have 1 child. 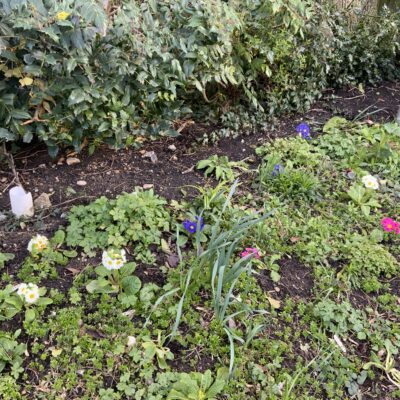