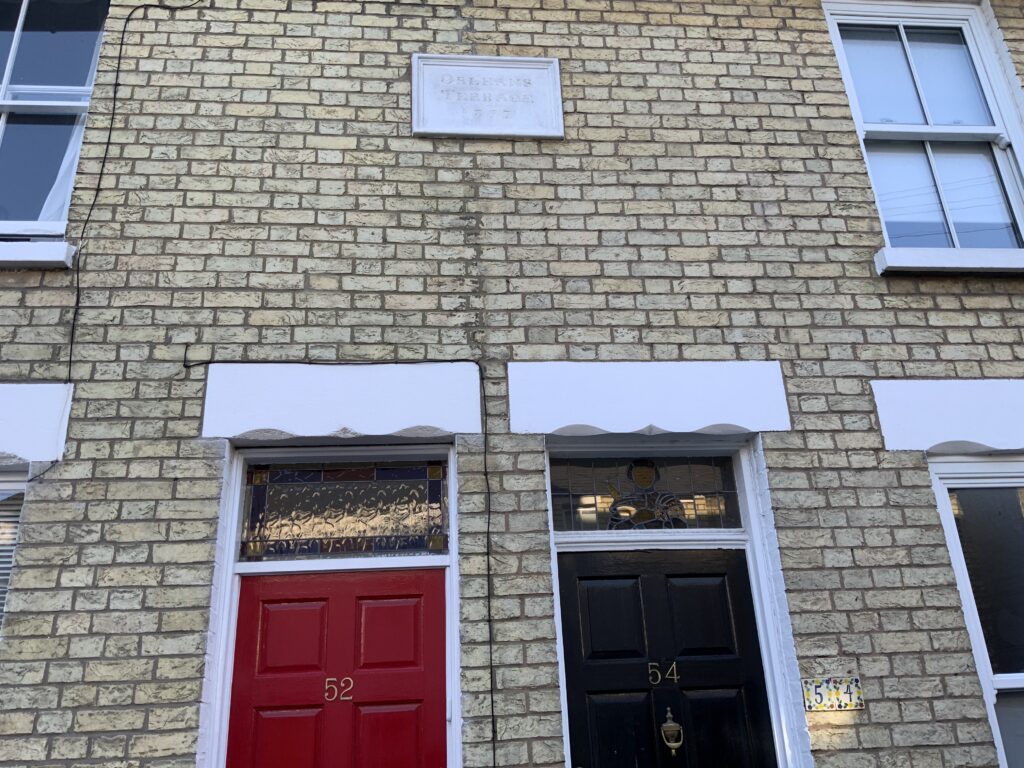 L.N.W.R Worker and a Dealer

Orleans Terrace – number 54 is one of a terrace of six houses on the east side of Ainsworth Street, built in 1877.

Joseph B Wilson, 1, b. Cambridge

Mary Dawson aged 60 and a widow is living here alone.  Her occupation is Dealer and doesn’t clarify in what she deals.

Electoral Registers between 1891 and 1922 link this property with Elizabeth Dawson.