Needle Woman and a Grocer's Shop

Number 70 is a single property standing next to Harley Cottage on the east side of Ainsworth Street.

The Enumerator has written “Grocer’s Shop” on the entry for number 70.

Head of Household is Henry Dellow, a 43-year-old gardener who was born in Croydon.  His wife is Harriett, also 43, and she is a grocer.  This family lived at number 57 in 1881.

Their son Henry is now 16 and is a nursery garden apprentice.

1893 – Frank Harvey, a goods guard on the railway, gives 70 Aimsworth Street as his address when giving evidence about a railway accident.

Henry dies in 1894 at 70 Argyle Street and Harriett runs a lodging house from that address. She dies in 1904.  They are buried in Mill Road Cemetery.

In 1899 A. Horn wants “a sharp respectable lad as Apprentice“.  This will be Arthur Horn, who works from home as a tailor.

Frederick Taylor, 28, carman for a builder, b. Cambridge

Frederick and Kate are 3 years married and have 1 child. 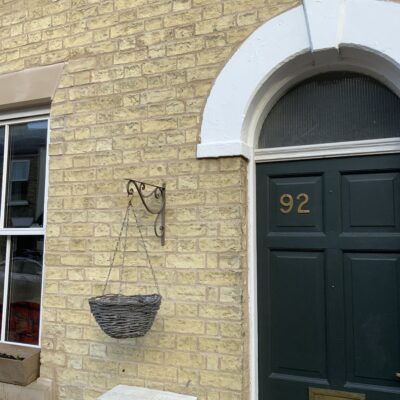